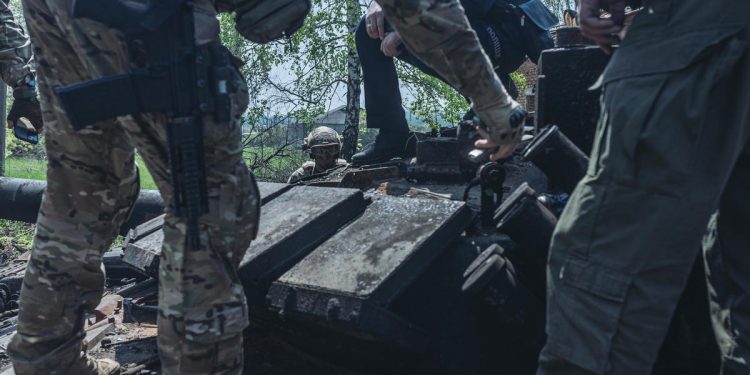 U.S. sanctions and export controls imposed at the outset of Russia’s invasion of Ukraine and aimed at crippling its economy are starting to have an impact on Russian battlefield operations.

Commerce Secretary Gina Raimondi in a pair of congressional hearings this week told lawmakers that Russia has been using semiconductors from dishwashers and refrigerators for its military equipment. “Our approach was to deny Russia technology, technology that would cripple their ability to continue a military operation. And that is exactly what we are doing,” Raimondi said on Wednesday.

She said she has heard anecdotes from the Ukrainian prime minister that some of the Russian equipment left behind contains semiconductors from kitchen appliances because the defense industrial base is having a hard time producing more chips on its own and is facing export controls that limit its ability to import the technology from other countries. Export controls and sanctions have impacted other parts of the weapons industry, according to Raimondi who said two Russian tank manufacturing factories have recently shut down, and many Russian auto manufacturers have furloughed workers.

A senior defense official also told reporters earlier this week that sanctions on Russia are starting to affect Russia’s ability to replenish its munitions, too. “We know that — that the sanctions are responsible for — for making it harder for Mr. Putin to replenish those stocks, particularly when it comes to some of the electronic components that go into precision-guided munitions,” the official said. Precision-guided munitions, according to the Congressional Research Service, use GPS, laser guidance, or inertial navigation systems to hone in on the intended target and minimize the damage to other structures. A low inventory of precision-guided munitions could explain why the Russians are increasingly relying on “dumb bombs,” particularly in the city of Mariupol. Deemed “dumb” because they are not precision-guided, these bombs are less discriminate.

The Russians have also used hypersonic weapons in the war in Ukraine, and one reason to use hypersonics against the type of targets they are is because they’re quickly running through their inventory of precision-guided munitions. A senior defense official said this week that the Russians have launched an estimated 10 to 12 hypersonic weapons into Ukraine over the course of the invasion. But Chairman of the Joint Chiefs of Staff General Mark Milley in a congressional hearing on Wednesday said the way the Russians are using hypersonics hasn’t given them much of a battlefield advantage so far. “But other than the speed of the weapon in terms of its effect on a given target, we are not seeing really significant or game-changing effects to date with the delivery of the small number of hypersonics that the Russians have used,” Milley said.