Russian forces are several days behind their goal in Ukraine, Pentagon assesses 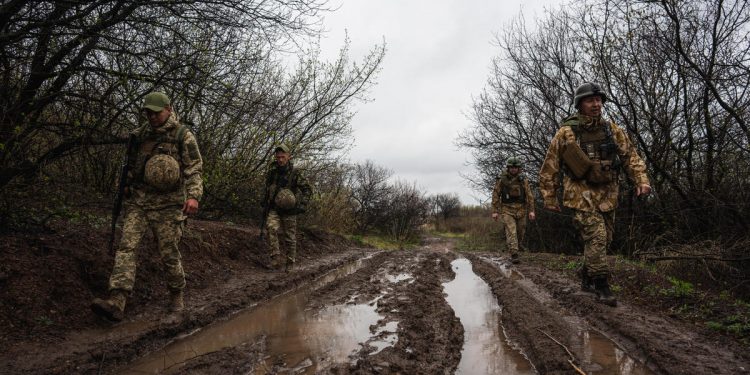 The Pentagon assesses that Russian forces are several days behind where they wanted to be at this point in eastern Ukraine, according to a senior defense official.

The Russians expected to be farther along in their goal to trap Ukrainian troops in the east and thought this would be accomplished by now, according to Pentagon assessments. They are “nowhere close” to their goal of totally encircling Ukrainian forces, the official said.

Russian forces have been making slow, uneven and incremental progress in east and south Ukraine, according to the official, in part, because they’re wary of outrunning supply lines, as they did in northern Ukraine at the start of the invasion and also because of the effectiveness of Ukrainian resistance.

“They’re not moving very fast,” the official said. “A few kilometers a day is about the most they can handle.”

The Russians have now committed 92 battalion tactical groups, generally made up of 800 to 1,000 troops, to the fight in Ukraine. The official warned that though the Russians have a numeric advantage over the Ukrianians, the fighting in the Donbas could be a long slog, since  both sides know the terrain and both sides are utilizing long-range artillery in the fight.

About a dozen Russian battalion tactical groups have been in and around Mariupol, but some of them have started this week to move north towards the Zaporizhzhia oblast. The Russians continue to strike Mariupol from the air, which indicates they don’t control the city yet.

The Russians have been conducting limited offensives in the east at the same time they’re conducting what the Pentagon calls “shaping operations” to prepare for a larger offensive.

Russia initially invaded Ukraine on a number of axes and have now focused on the smaller geographic area of the Donbas where Ukrainian soldiers have been fighting Russian-backed separatists since 2014. With the shift to the east, the U.S. and NATO allies have started giving Ukraine heavier weapons like artillery in advance of an expected prolonged battle.

So far, more than 60% of the 90 U.S. provided howitzers have made it into Ukrainian hands, according to the Pentagon. Once weapons enter Ukraine, the U.S. does not track them, so it is unclear if the howitzer artillery pieces have made it to the frontlines in the Donbas region yet.

The howitzers are new to the Ukrainian armed forces and require some training. Pentagon press secretary John Kirby announced Friday that some Ukrainians are receiving training on the howitzers and other systems at U.S. military installations in Germany.

One hundred-sixty members of the Florida National Guard had been training Ukrainian soldiers in Ukraine before leaving in early February ahead of the invasion, and now, they are conducting most of the training on the systems, according to Kirby. All of the training is taking place outside of Ukraine.

There were emotional moments between the guardsmen and some of the Ukrainian soldiers during their recent reunion because of the bonds formed before the invasion, Kirby said.

The artillery pieces and other equipment announced in recent assistance packages are geared to what the Ukrainians have requested, in anticipation of an intense battle in the east.