Russia says its Moskva warship has sunk, hours after Ukraine said it hit the ship with a missile strike 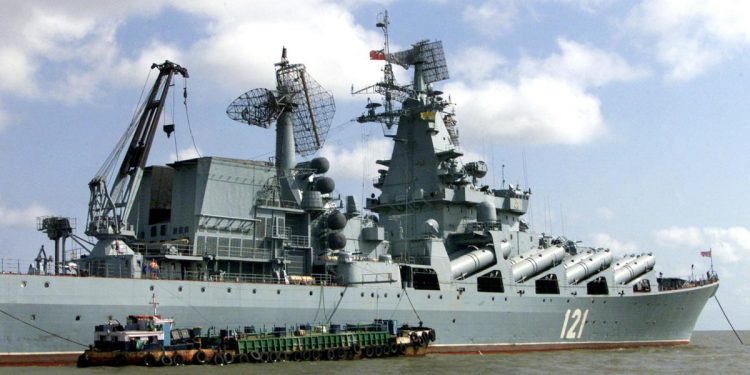 One of Russia’s most essential warships, a guided missile cruiser named Moskva, sank on Thursday while it was being towed to port, the Russian military said. The Ukrainian military said its forces had badly damaged the ship with a missile strike off Ukraine’s battered southern coast, though Russia has not acknowledged the missile strike and said the ship sank because of a fire.

The Pentagon confirmed the ship was badly damaged but did not go so far as to say it had sunk, according to The Associated Press.

Earlier in the day, Russia’s military said that the Moskva, the flagship of its Black Sea fleet, had been forced to evacuate its entire crew — around 500 sailors — and was being towed back to port, but the defense ministry said it was because of a fire onboard, the cause of which was still being investigated.

As CBS News senior foreign correspondent Holly Williams reports, the good news for Ukraine was tempered by the mercilessness of Russia’s ongoing war, and fears over what is still to come.

Ukraine’s defense forces have put up a much tougher resistance than many expected during the first 49 days of Russia’s invasion and aerial assault. They have been aided by some notable Russian military failures, but now Ukraine is bracing for a fresh Russian attack in the country’s far eastern Donbas regions.

At an evacuation center, Williams met people recently displaced by Russia’s brutal invasion as they registered and got whatever help is available, but the center is running short of even the most basic supplies like soap and toothbrushes.

In the shattered southern port city of Mariupol — bombarded by Russia for weeks on end — Ukrainian officials say more than 20,000 people are believed dead. Russia claims more than 1,000 Ukrainian troops have surrendered there, but Ukraine denies that.

Ukraine’s military, which amounts to just a fraction of Russia’s forces, continues to punch above its weight. The most recent evidence of that was the rocket strike announced Thursday on the Moskva warship. It was the same ship that Ukrainian troops famously told to go to hell when they were ordered to surrender on the tiny Snake Island at the start of the war.

But there’s growing frustration in Ukraine as the country’s leaders and military forces say their Western partners haven’t been providing the weapons needed to defend democracy in Europe.

Colonel Igor Igamberdyyev, a veteran of Ukraine’s military, told CBS News this week that the U.S. has given Ukraine enough weapons to prevent its own destruction, but not to win the war.

“Freedom must be armed better than tyranny,” President Volodymyr Zelenskyy said. “Western countries have everything to make it happen.”

He spelled out on Wednesday what Ukraine wants, offering a wish-list of weaponry including heavy artillery pieces — “as many as possible” — and a reminder of what he believes is a stake.

He praised President Joe Biden for publicly accusing Russia of genocide in Ukraine, saying: “Calling things by their names is essential to stand up to evil.”