Russia may be changing its strategy in Ukraine 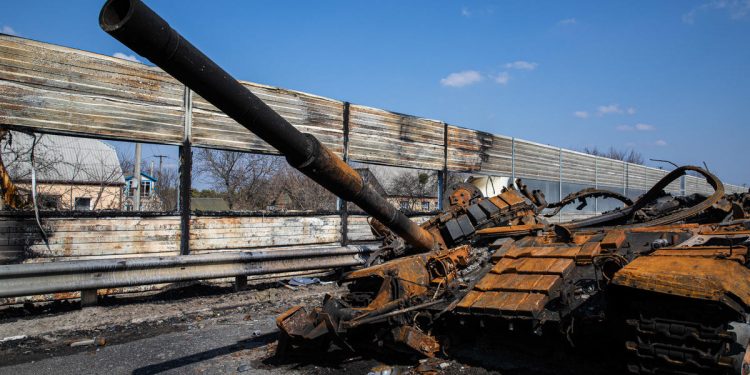 There are new signs that Russia may be changing its strategy in Ukraine, which continues to mount to a fierce resistance on the battlefield.

A senior U.S. defense official says after weeks of failing to capture Kyiv, Ukraine’s capital, and suffering heavy losses, Russian forces are shifting their ground offensive to the Donbas region in eastern Ukraine, one of its strongholds.

In Moscow, a new phase in the Kremlin’s so-called “special military operation” in Ukraine was announced.

Pentagon officials say they see signs that Russia is bringing in more troops from a Russian-occupied region of nearby Georgia. And, they say, the Russian military is no longer advancing toward Kyiv.

“Well, it’s hard to know,” Kirby said. “It could be a negotiating tactic; maybe he wants to secure more ground where he already has been fighting now for eight years, uh so that he can gain leverage at the negotiating table. We’re not sure.”

NATO estimates between 7,000 and 15,000 Russian soldiers have been killed since fighting began. And Ukrainian President Volodymyr Zelenskyy, in yet another appeal, has called on Russia to negotiate “meaningfully, urgently, and fairly” to end the war, which has already inflicted so many horrors, particularly on children.

Just one month into Russia’s invasion, over half of all children across Ukraine — 4.3 million of them — have had to flee their homes. At train stations around the country, there have been so many agonizing goodbyes as families are torn apart.

Despite the trauma, kids are still kids, said James Elder from UNICEF, who warns the effects of the conflict could last for years.

Many internally displaced families have found shelter in schools. At one in Lviv, we met 13-year-old Anastasia who lives there with her dad and little brother.

“I come from Melitopol, where there were a lot of Russian soldiers,” she said. “It took us two and a half days to get here by train.”

Even as it continues to bombard the Ukraine, accusations of Russia committing war crimes are increasing. It is now believed that Russia has struck nearly three dozen medical facilities, including hospitals and ambulances.

According to the United Nations, 78 Ukrainian children have been killed since the start of the war, and 105 have been injured. But given that so many areas are still inaccessible, those numbers are likely far higher.