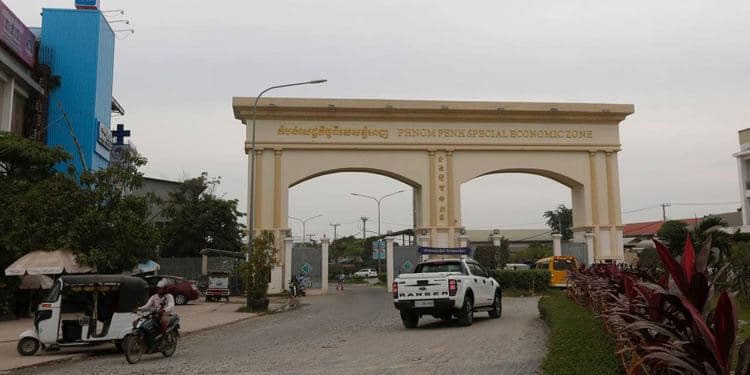 Board of Directors of Royal Group PPSEZ reached a consensus to suspend the dual listing plan before the decision was reported to SERC, CSX and related parties in Thailand after the preparation for listing in the second largest capital market in Southeast Asia had been made since 2018. Singapore is the largest stock exchange in the region

The conglomerate Royal Group has called off its plan to list its subsidiary Royal Group Phnom Penh Special Economic Zone (Royal Group PPSEZ) on the Stock Exchange of Thailand (SET) to raise not less than $20 million mainly due to the Covid-19 pandemic and some concerns, according to the senior officials of Royal Group PPSEZ.

The Board of Directors (BoD) of Royal Group PPSEZ reached a consensus in late August to suspend the cross-border listing plan before the decision have been channelled and reported to the Securities and Exchange Regulator of Cambodia (SERC), the Cambodia Securities Exchange (CSX) and related parties in Thailand after the preparation for listing and issuing equity or ordinary shares in the second largest capital market in Southeast Asia had been made since 2018, said an official, adding that Singapore is the largest stock exchange in the region.

Fong Nee Wai, Chief Financial Officer of Royal Group PPSEZ, told Khmer Times on Thursday that the BoD of the company has been seeking a proper timeline in the future to resume the implementation of the plan to execute its financial strategies to raise funds in Thailand’s capital market for its business expansion plan in Cambodia.

“Yesterday, we discussed other technical issues and details with the director general at the regulator’s office. The purpose is to update them that the company has now decided to suspend the secondary listing plan in Thailand,” said Nee Wai, referring to the meetings with the officials of SERC on Wednesday and CSX on Friday last week.

Nee Wai added that Royal Group PPSEZ has considered other factors in addition to the Covid-19 pandemic that has led to the suspension of the secondary listing plan in SET, which is not related to technical issues of listing. Still, there are concerns shared among the members of the company’s BoD during their meeting held on 10 August 2022.

“Internally, we have to begin again some restructuring works and this includes our local shareholding, assets in the company and revenue stream etc. Hence all the above factors are considered therefore to wait for a better timing… a better move now instead of continuing the secondary listing plan in Thailand,” he said, adding that will be there no longer any paper and documentation works to be followed up by all the parties from Thailand for a period of time after the official consensus.

The chartered accountant and certified financial planner added that he also updated the decision in a meeting with related teams in Thailand including a financial advisor, internal auditor, external auditor, legal advisor and other professional teams that his team has engaged in that country to find assistance for the secondary listing exercise to let them know that this exercise is suspended for the time being as the result of the decision of BoD of Royal Group PPSEZ.

“They all heard this information with surprise but accepted our decision since we are the issuer. One of them… commented that ‘Please feel free to call me for discussion once you think it’s time to revisit the dual listing. In my view, I think that it is not so far to achieve good internal control assessments. It just needs more preparation’,” he said.

“[The company] likes this concept simply because we are land and industrial park developer, and to do this, we need a lot of cash and capital to expand and develop lands,” he said, adding that the financial management team of Royal Group PPSEZ have followed the guidelines of Thai authorities and the regulator of Thailand’s stock exchange in the preparation of the due diligence review—a necessary process for the company to be listed in Thailand.

The dual listing plan came out in 2018 after meeting with the Securities and Exchange Commission of Thailand as the regulator of Thailand, SET, SERC as the regulator of Cambodia and CSX as the stock exchange in Cambodia have been fully aware and notified, according to the chartered accountant and certified financial planner of Royal Group PPSEZ.

“It’s the company’s decision. They could plan to continue the process with SET,” Sou Socheat, Director General of SERC, told Khmer Times on Friday last week. Socheat chaired the meeting held on Wednesday at the building of the Non-bank Financial Service Authority between SERC officials and the representatives of Royal Group PPSEZ led by Nee Wai.

Before the suspension, Royal Group PPSEZ had prepared a plan to raise the fund in Thailand as this Southeast Asian country and just a neighbouring country is next to Cambodia, which is therefore expected to geographically and strategically benefit Cambodia and the publicly listed company, said Nee Wai.

Hiroshi Uematsu, CEO of Royal Group PPSEZ, told Khmer Times that Royal Group plans to develop its major infrastructure and facilities works at the Royal Group Poipet Special Economic Zone that will cover an area of approximately 70.44 ha whereby about 41.46 ha are allocated to accommodate a total of 71-factory lots with sizes ranging from about 0.50 ha to 1.73 ha each and the rest of the areas are designed for infrastructure and service area.

With the basic purpose of achieving high economic growth by facilitating flows of capital, investment and reallocation of capital based on capital market mechanisms in November 2006, the Ministry of Economy and Finance and Korea Exchange (KRX)signed a memorandum of understanding on “the Development of the Securities Market in Cambodia”.

Based on this MoU, Prime Minister Samdech Hun Sen hosted an international conference in November 2007 and proclaimed to launch of the Cambodia Securities Market project.

In March 2009, the government of Cambodia represented by MEF and KRX signed a “Joint-Venture Agreement” to establish a stock Market called Cambodia Securities Exchange or CSX, as a public enterprise in accordance with the Law on the General Statutes of Public Enterprises. CSX was then incorporated in late February 2010.

In accordance with the Joint-Venture Agreement, CSX has been capitalized by both parties in which MEF owns 55 percent of the registered capital and KRX owns the remaining 45 percent. In accordance with the Law on Issuance and Trading of Non-Government Securities, CSX had been granted approval to function as a market operator, clearing and settlement facility operator and depository operator.

Royal Group PPSEZ, whose stock symbol on CSX is PPSP, is one of the subsidiaries of Royal Group and the special economic zone developer was listed on the bourse in late May 2016 with 57,875,000 initial listing shares. The group’s monopoly subsidiary Royal Railway Plc on Thursday last week got approval in principle from CSX on its bond listing eligibility review before having to submit applications to SERC.

In May 1974, the long-awaited legislation establishing the Securities Exchange of Thailand (SET) was enacted to provide for securities trading in order to promote savings and mobilize domestic capital. This was followed by revisions to the Revenue Code at the end of the year, allowing the investment of savings in the capital market.

The Bank of Thailand (BOT) is responsible for the country’s money market. The SEA also provides a clear distinction between the primary and the secondary markets to facilitate their successful development. Both primary and secondary markets are regulated by the SEC. The SET’s primary roles are firstly to serve as the centre for the trading of listed securities, and to provide systems needed to facilitate securities trading, secondly to conduct any business relating to securities trading, such as clearing house, securities depository, securities registrar and similar activities and thirdly to undertake any other business approved by the SEC.

There are currently about 860 firms listed on Thailand’s stock exchange SET, while CSX has listed 16 firms among which nine issue shares and seven-issue bonds. All firms listed in CSX mobilised about $282 million and have a market capitalisation of as much as 6.5 percent compared to the Gross Domestic Products (GDP) in 2020, Socheat said in the annual report 2021 released by SERC on Friday last week.

Cambodia’s rice exports up over 13 percent with more than $242.80 million in revenue in first eight months of 2022