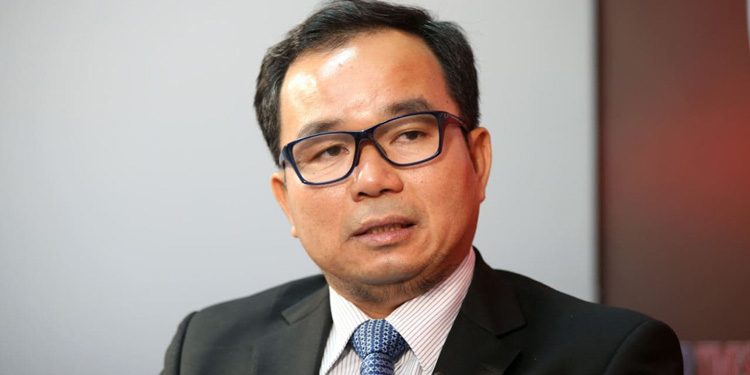 The adoption of digital payments and e-commerce by Agricultural Input Suppliers (AIS) in Cambodia is still limited despite internet infrastructure having been improved and digital payment services being  available to AIS users in numerous surveyed provinces.

A research study by the Centre for Policy Studies (CPS), titled: “Digital Challenges and Opportunities of Agricultural Input Suppliers in Cambodia” was presented by CPS Executive Director Chan Sophal on day two of this year’s edition of the NBC Macroeconomic Conference.

Its primary finding was that the awareness of laws on e-commerce and consumer protection policies remains limited among the AIS community.

The research shows that Facebook is the only means used in their marketing communications. Additionally, because agriculture is mainly a cash business, there is a low amount of app-based money transfers used as AIS resistance to e-commerce is high since they work with farmers.

The research was conducted by phone interviews with 107 agricultural input supplier firms (wholesalers and distributors) registered at the Ministry of Agriculture, Forestry and Fisheries in 2018 as well as by a survey of 225 agricultural smaller input suppliers in Battambang, Tboung Khmum, Siem Reap, Prey Veng, Kandal, and Takeo provinces.

It says that only 40 out of the 107 firms were actually interviewed, with the rest declining to be interviewed and some not being able to be contacted.  Of the 40 firms who were contacted, 90 percent reported that they did use digital payments and 45 percent of them also used e-commerce.

According to the research, among the 225 smaller Agriculture Input Suppliers (AIS) surveyed, 55 percent had bank accounts and 45 percent did not.

The reasons cited for not installing digital payment apps were 44 percent of them did not know how to install or use them, 16 percent had no interest or felt it irrelevant to their business, 12 percent had trust, fraud and privacy concerns, 8 percent had no smart phone and  8 percent said cash is just more convenient.

15 out of the 225 smaller AIS surveyed (7 percent) reported having adopted e-commerce in their business operations. While Facebook is the only channel for AIS marketing communications and online sales, only three out of the 225 respondents have a website and none of them reported any profits in sales from e-commerce, but do hope to gain more sale and trust.

The research adds that the major challenges for using digital payment for business by percentage of those surveyed were 40 percent of them had unreliable internet connections, 7 percent encountered technical problems and system errors, and 12 percent had limited capacity for digital apps.

NBC Director-General, Chea Serey, ended the remarks saying that the two-day conference had shared ideas and data related to the Kingdom’s economy in order to maintain the resilience of the economy and sustainable development and inclusion.

She said that the National Bank of Cambodia will collect all the inputs and hopes that the research papers’ valuable information can be considered and put into their policy to develop the country’s economy  comprehensively.

CPS shared their recommendation that they want to see more training on digital literacy such as onsite or online training for farmers, and AIS.  They also wish to engage the private sector, especially app developers, to work directly with AIS and farmers.

“We have to improve law enforcement to build trust in digital payment and e-commerce and to create fair playing fields for all enterprises (including informal enterprises) as well as invest in and promote incubator and acceleration programmes for aspiring and current entrepreneurs and innovators,” said the CPS.