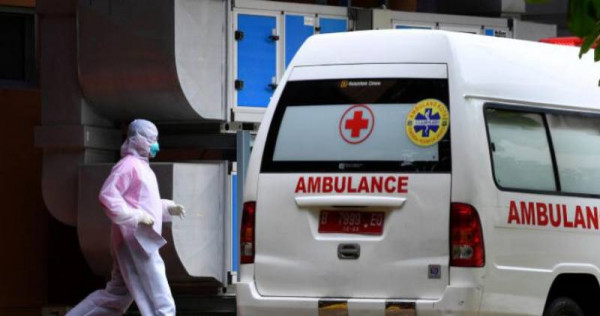 Ori Kurniawan, the first Indonesian patient who has been reportedly reinfected with the Covid-19 virus, has said that he generally feels well, but had developed anxiety during his second round of treatment at a hospital in Medan.

“I feel healthy, but I feel stressed out,” Ori told North Sumatra Covid-19 task force spokesman Whiko Irwan during a teleconference on Saturday.

Ori, 25, who is an aide to North Sumatra Deputy Governor Musa Rajekshah, said that he had not developed any symptoms after he tested positive for the virus for a second time.

He added that his biggest challenge was coping with stress during treatment to bolster his immune system. He also thanked his family, friends and his boss for their support as he recovered from the disease.

Ori is being treated at Martha Friska Hospital in the provincial capital.

Ori was said to have recovered fully from Covid-19 on April 6 by doctors at Adam Malik Hospital in Medan after undergoing isolation since March 25. He was then believed to have contracted the virus while on duty, accompanying Musa Rajekshah on his official trip to Jakarta.

After being declared negative, Ori had not been self-isolating but instead went to his hometown in Bireun regency, Aceh and had allegedly met with his colleagues when he was at home.

North Sumatra Covid-19 task force spokesperson Aris Yudhariasyah said that although it was rare, patients who had recovered from Covid-19 could be reinfected with the virus, and asked the public not to panic.

Aris said there were three possibilities by which a patient could contract the virus after recovery, with the first being a false test result.

“It could be caused by insufficient mucus collected for the swab tests, or [because] the sample contains only the inactive [form of the] virus,” he said.

The second possibility, he said, was that the patient still had the virus but that it was dormant, but then it became activate and started replicating due to the patient’s weakened immune system.

“If this happens, the patients would likely experience very mild symptoms and their risk of transmitting the disease to other people is very low,” said Aris.

The third possibility was that the patients who had recovered were exposed to the six other types of coronavirus known to infect humans, including the SARS virus and the MERS virus.

“There is a possibility that the patient’s immune system failed to recognise other types of coronavirus. That’s why it’s important to implement widespread restrictions on social activities,” he said.