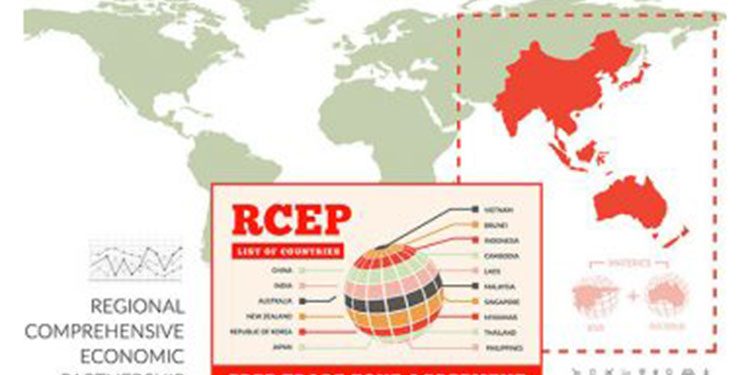 China is currently the largest trading partner of Cambodia, according to official figures from Cambodia.

Cambodian Ministry of Commerce’s undersecretary of state and spokesman Penn Sovicheat attributed the significant growth in the bilateral trade to the RCEP and the CCFTA, which both took effect on Jan. 1, 2022.

“Both trade pacts have given a big boost to the trade growth between our two countries, and we foresee that the growth will be higher in coming months and years,” he told Xinhua.

“China is a huge market for Cambodia, particularly for our potential agricultural produce such as rice, bananas, mangoes and cassava as well as industrial products, and processing goods,” he added.

Sovicheat said the two pacts have also helped Cambodia to diversify its exports and to further integrate into the regional and global economy.

“The two agreements are also a well-timed intervention in Cambodia’s quest for a Least Developed Country (LDC) graduation, likely by 2028 and the country’s planned endeavor to achieve the upper-middle income and high-income statuses by 2030 and 2050, respectively,” he said.

The mega-regional pact will eliminate as much as 90 percent of the tariffs on goods traded among its signatories over the next 20 years.

Being the world’s largest trade bloc, he said, the RCEP established a market of 2.2 billion people, or 30 percent of the world population, with a combined Gross Domestic Product (GDP) representing around 30 percent of the global GDP.

“The CCFTA will inject new vitality into the development of economic and trade relations between our two countries for the long term,” he said. Xinhua

Japan to double daily foreign arrivals in June; most exempt from Covid-19 testing