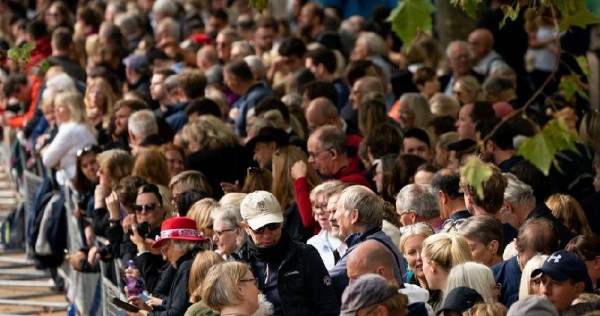 When the funeral for Britain’s Queen Elizabeth takes place at Westminster Abbey on Monday (Sept 19), a host of world leaders, royals and other dignitaries are expected to attend, in an event likely to be the most-watched in history.

Asian royalty who will pay their respects include Brunei’s Sultan Hassanal Bolkiah and Japan’s Emperor Naruhito and Empress Masako. It will be the couple’s first overseas trip since Naruhito ascended the Chrysanthemum Throne in 2019.

While world dignitaries including Chinese vice-president Wang Qishan will converge in London to say goodbye to a monarch who had a deep impact on the world and existing geopolitical fault lines are likely to come into plain view, the occasion will allow Britain to shore up many diplomatic ties while contemplating the future of the British Commonwealth, according to analysts.

Geoffrey Miller, an international analyst with the Democracy Project at New Zealand’s Victoria University of Wellington, said the funeral would probably be the most-watched since that of former South African president Nelson Mandela in 2013.

Comparisons are also being drawn with the funeral for Diana, the Princess of Wales, in 1997 and the state funeral for British wartime leader Winston Churchill in 1965, Miller said.

The decision to invite Chinese government members has been met with anger by some British conservative MPs who were banned from travelling to China due to their campaigning against the alleged repression of Uygurs in Xinjiang.

Some have even asked their foreign secretary to withdraw the invitation to Beijing, arguing that it was “extraordinary” that the “architects” of genocide against the Uygur minority had been invited.

“(This) does illustrate the complicated diplomatic relationship between China and the United Kingdom,” said Marc Lanteigne, an associate professor at the University of Tromsø in Norway.

He said Sino-UK relations have “cooled considerably” over the past few years and “there is much questioning over whether the incoming government of Liz Truss will ultimately take a harder line on Beijing”.

While Indian Prime Minister Narendra Modi will not be attending the funeral, attendance by the country’s head of state is “a clear signal of deep India-UK ties”, according to Rityusha Mani Tiwary, assistant political science professor at the University of Delhi.

Harsh Pant, a professor of international relations at King’s College London said one reason why Modi was not attending might be because he is seen as “the exemplar of modern Indian nationalism”.

He might have wanted to “dissociate himself from the colonial legacy”, Pant said, adding that the presence of so many top leaders in Britain was not only due to the soft power wielded by the monarchy.

“(It also) confirms and underscores why Britain continues to punch above its weight in global politics,” Pant said, noting that by being attractive to a large part of the world, the monarchy also allows “a certain kind of attraction to be developed for the UK which it would not otherwise have”.

Future of the Commonwealth

Miller from the Victoria University of Wellington said the queen oversaw the end of the British Empire and the successful transition into the British Commonwealth structure.

“The Commonwealth could have easily faded away and become irrelevant, but remarkably it is growing as an international organisation,” Miller said, noting that the former French colonies of Gabon and Togo joined the 56-member organisation this year.

Since the queen’s funeral will be held in the same week as the UN General Assembly, Miller said some world leaders might start conversations in London and continue them in New York.

These “may provide an unexpected chance for dialogue at a time of extreme geopolitical polarisation”, he said, referring to US-China rivalry and Russia’s invasion of Ukraine.

Lanteigne, from the University of Tromsø, said the funeral was likely to have an impact on the Commonwealth, as some members such as Australia and Jamaica were already openly renewing discussions about possibly becoming republics.

Although many Australians favour such a move, a majority voted to retain the monarchy in a 1999 referendum. Albanese said on Sunday that his party would not hold a referendum during his first term out of respect for the queen.

Meanwhile, Jamaica has not only called for a formal apology from the royals for their family’s role in the enslavement and brutalisation of Africans but has also demanded reparations.

“The funeral may serve to not only provide windows for Britain to improve many diplomatic ties at a time when the country is facing many domestic challenges and economic problems, but also a chance to strengthen the UK’s delicate Commonwealth links,” Lanteigne added.

Chong Ja Ian, an associate professor of political science at the National University of Singapore, said the queen’s funeral was happening just as the world was easing Covid-19 restrictions.

“(This) means that there may be governments who see the event as a chance to engage in face-to-face exchanges they were unable to participate in fully just recently,” Chong added.

London has issued invitations to the heads of state for every country with which the UK has diplomatic relations, except for Russia and Belarus over the invasion of Ukraine, and Myanmar.

Relations between London and Yangon “soured even more” recently following the arrest of a former UK ambassador and her husband, Lanteigne added.

Arrested last month in their Yangon home, Vicky Bowman and Htein Lin, a former political prisoner, have been charged with breaching immigration laws and sentenced to one year in prison by the military junta.

Japanese media reported that while it is unusual for the nation’s emperor to attend the funeral of a foreign royal, the government took into account the traditional close ties between the imperial family and the British royals.

The late queen, the world’s second-longest reigning monarch who died last week after being on the throne for seven decades, had interactions not only with Naruhito, but with his father Akihito and his grandfather Hirohito.

The last and only time the Japanese royal family attended a foreign royal’s farewell was in 1993 when Akihito and his wife Michiko attended the state funeral of Belgium’s King Baudouin.

David Lawrence, a research fellow at Chatham House, said many politicians’ countries had been profoundly shaped by Queen Elizabeth, who was head of state of many nations and oversaw the independence of many more.

“One reason for the queen’s diplomatic appeal lay in her ability to keep some distance from politics: she represented the United Kingdom, not the political leaders of the day.”

“I think the world’s leaders understand that, which is why so many of them are keen to attend the funeral regardless of an increasingly fractious geopolitical environment.”