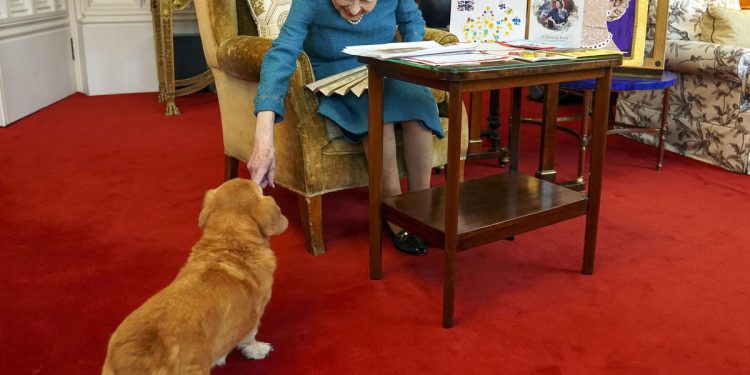 Queen Elizabeth II was known for her love of dogs, and at the time of her death last week, she had at least four — two corgis, a cocker spaniel and a dachshund-corgi mix called a dorgi. There has been much speculation about what the fate would be for her beloved pets, and now, there’s an answer, at least for some of them.

Her two corgis, Muick (pronounced Mick) and Sandy, will be looked after by one of the queen’s sons, Prince Andrew, and his ex-wife, Sarah, Andrew’s team confirmed to Britain’s PA news agency. The two corgis had been a gift from Andrew to his late mother. Andrew gifted Muick, named after the Balmoral estate’s Loch Muick, to the queen while she was isolating at Windsor Castle early in the coronavirus pandemic. He also gave her a dorgi, whom she named Fergus after her uncle who was killed during World War I, but the puppy died just weeks later — not long after the death of the queen’s husband, Prince Philip.

For the queen’s 95th birthday a few months later, Andrew and his daughters, Princesses Beatrice and Eugenie, gave Elizabeth another new corgi puppy, whom she named Sandy. Both of her pups were “a constant source of joy for the Queen,” her dresser Angela Kelly told PA. It’s unclear what will happen with Lissy and Candy, the queen’s other two dogs.

Over her lifetime, Queen Elizabeth had more than 30 corgis, most of which were descendants from her first corgi, Susan, who was a gift for her 18th birthday in 1944. She was devoted to the animals and was said to have looked after them as much as possible. On the weekends, her corgis would travel with her to her private apartments, and she would feed them and walk with them whenever her schedule would permit. Prince Andrew’s adoption of the pets, however, was met with some criticism on social media. The queen’s second-youngest child was stripped of his royal patronages and military affiliations earlier this year after a U.S. district judge refused to dismiss a lawsuit by Virginia Roberts Giuffre that accused him of sexually abusing her on three occasions when she was a teenager. He has denied the allegations. Weeks later, he and Giuffre reached an out-of-court settlement. The undisclosed amount was donated to Giuffre’s charity in support of sexual assault victims.

After queen’s death, Commonwealth countries revive debate on monarch as head of state