Queen Elizabeth is dead. How is Charles taking the throne? 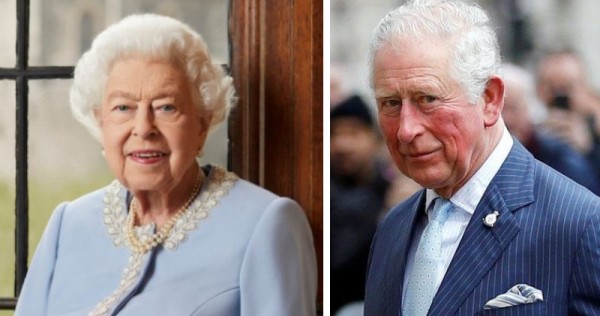 The death of Queen Elizabeth on Thursday has set in motion a carefully choreographed plan, known as “Operation London Bridge”, to cover a national period of mourning and the elevation of her son, Prince Charles, as sovereign.

The closely held procedure, which has been chronicled in part over the years in British newspapers, begins with a call to Britain’s prime minister and ends 10 days later with a state funeral in Westminster Abbey.

It covers everything from how quickly the nation’s flags will be lowered to half mast, to how long her body will lie in state at the Palace of Westminster in Central London.

Her death also marks the end of an era – many Britons have never known another monarch in their lifetime – and ends the reign of Britain’s longest-serving monarch after 70 years on the throne.

Queen Elizabeth ascended to the throne in 1952 at the age of 25, following the death of her father, King George VI. As his oldest daughter, she had been third in line to take the throne, but the abdication of her uncle, King Edward VIII, in 1936 changed her future path.

During her reign, she was head of state to 15 prime ministers, from Winston Churchill to Liz Truss, and a steadying force in Britain during decades of change, from the Cold War to the coronavirus pandemic.

How was the public informed the queen had died?

According to official protocols, the death of Queen Elizabeth was first communicated to British Prime Minister Liz Truss in a phone call from the queen’s private secretary. The official code phrase used to communicate the news is reportedly “London bridge is down”.

The Foreign Office was then expected to communicate the news to 15 governments outside Britain where Elizabeth was also head of state, including Australia, Canada and New Zealand, and 38 other Commonwealth countries.

Government ministers were then to be informed by email, while flags across Whitehall were to be lowered to half-mast within 10 minutes.

The news was also sent out by the Press Association, while a footman pinned an official notification of the queen’s death to the gates of Buckingham Palace.

Britain’s parliament, as well as legislatures in Scotland, Wales and Northern Ireland, were adjourned.

The royal family’s web page was changed to a mostly black screen carrying a statement confirming her death, while British government websites had black banners placed at the tops of their pages.

How soon is Prince Charles ascending to the throne?

Prince Charles becomes king immediately following the queen’s death, but will not formally be proclaimed as monarch by the ascension council until the next day.

On Wednesday, Buckingham Palace released an official statement from Charles, saying the death of his mother was “a moment of the greatest sadness for me and all members of my family”, adding that they would be “comforted and sustained” by “the deep affection in which The Queen was so widely held”.

There had been speculation that Charles’ official title would be George VII, to honour his grandfather, but Clarence House confirmed on Wednesday that it would be Charles III.

According to the royal family’s website on Thursday, “The King and The Queen Consort will remain at Balmoral this evening and will return to London tomorrow.”

The procedure for Charles’ ascension has separated been named “Operation Spring Tide”.

Within three days of her death, he will embark on a mourning tour of Britain, with stops over successive days in Scotland, Northern Ireland and Wales

Following her funeral, the queen’s portrait will hang with a black ribbon in local town halls across Britain for a month. After that period, her portrait will be moved to a “suitable place” and replaced by a portrait of the new king.

It is unclear how quickly there will be a coronation ceremony for Charles.

Queen Elizabeth’s coronation was held in June 1953 – more than a year after her father’s death.

When will the queen’s funeral happen?

The queen’s body will be transported by royal train – the preferred method – or aeroplane from Scotland to London on the second day after her death.

On the fifth day following her death, the queen’s coffin will be transported on a ceremonial route from Buckingham Palace to the Palace of Westminister, the home of Britain’s Parliament.

She will lie in state there for three days on a raised platform, known as a catafalque. The public will be able to visit 23 hours a day during that period.

On the tenth day following her death, a national day of mourning will be declared and a state funeral will occur at Westminster Abbey, featuring dignitaries from around the world.

A two-minute moment of silence will be held at midday that day.

Following processions in London and in Windsor that day, the queen will be laid to rest in the King George VI Memorial Chapel at Windsor Chapel.

The body of her husband, Prince Philip, will be moved from St George’s Chapel at Windsor Castle and interned next to the queen. Philip died in April 2021 at the age of 99.

As South Korea moves to expand nuclear power, disquiet grows among nearby residents