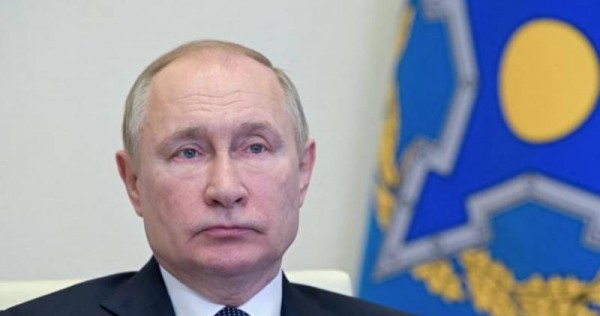 SEOUL – Russian President Vladimir Putin has been stripped of his honorary taekwondo black belt over his country’s invasion of Ukraine, a personal rebuke heaped on top of international economic and sporting sanctions.

World Taekwondo, citing its motto of “Peace is More Precious than Triumph”, condemned the Russian military action in Ukraine, saying the “brutal attacks on innocent lives” violated the sport’s values of respect and tolerance.

“In this regard, World Taekwondo has decided to withdraw the honorary 9th dan black belt conferred to Mr Vladimir Putin in November 2013,” the governing body said in a statement.

It added that it would join the International Olympic Committee (IOC) in banning the Russian flag and anthem at its events.

The decision comes after the International Judo Federation said on Sunday it would suspend Mr Putin’s status as honorary president and ambassador “in the light of the ongoing war conflict in Ukraine”.

Other sporting organisations such as Fifa and Uefa have suspended Russian national teams and clubs from competition.

Mr Putin has demonstrated capable technique while appearing in martial arts uniforms, projecting an image of strength as he has in other carefully staged events such as those of him riding bare-chested on a horse or playing ice hockey.

Russian forces bombarded Ukraine’s second-largest city, Kharkiv, on Monday (Feb 28), drawing new sanctions from the United States and its allies as part of the international isolation of Russia.