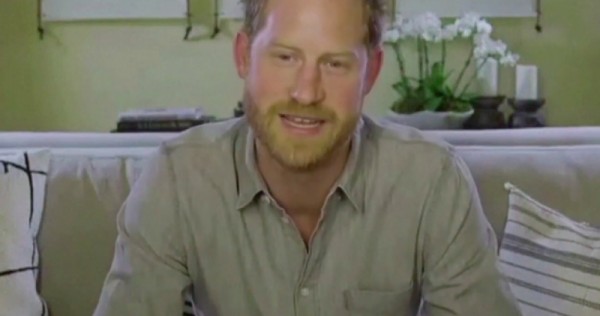 LONDON – Britain’s Prince Harry has suggested that the coronavirus pandemic is a rebuke from nature as he called for more action to tackle climate change.

The prince spoke during a conversation about the environment with the chief executive of a streaming platform for climate documentaries.

“Somebody said to me at the beginning of the pandemic, it’s almost as though Mother Nature has sent us to our rooms for bad behaviour, to really take a moment and think about what we’ve done,” Harry said.

“It’s certainly reminded me about how interconnected we all are, not just as people but through nature. We take so much from her and we rarely give a lot back.”

Harry and Meghan, the Duke and Duchess of Sussex, have spoken out on issues such as race and the environment since stepping down from their roles as working members of the royal family at the end of March and moving to California.

The prince, who has been criticised in the past for his use of private jets, urged people to imagine being a raindrop in order to help repair the Earth.

“Every single raindrop that falls from the sky relieves the parched ground,” he said. “What if every one of us was a raindrop? If every single one of us cared? We do, because we have to, because at the end of the day nature is our life source.”

Since the start of the pandemic, scientists have stepped up warnings that deforestation, ecosystem destruction and illegal trade in wildlife can increase the risk of disease transmission from animals to people, and have urged tighter controls.