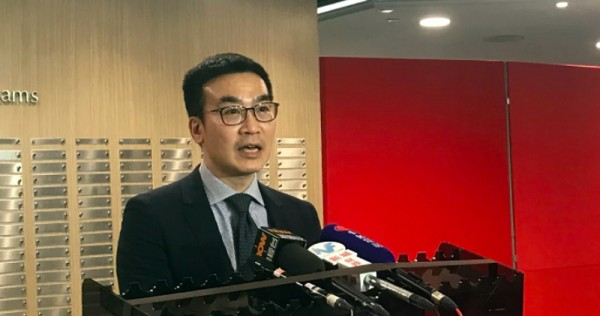 Hong Kong health officials are battling to control the spread of a potentially fatal drug-resistant superbug they believe has swept through the city’s public hospitals and elderly care homes because of the coronavirus.

On Friday (Oct 23), Dr Raymond Lai, the Hospital Authority’s chief infection control officer, called the outbreak worrying, and said he was working to stop Candida auris, a fungal infection, spreading to the community.

According to the authority, there were 136 cases reported in the city in the first 10 months of this year, compared to 20 in the whole of 2019.

Patients have between a 30 and 60 per cent chance of dying, depending on which part of the body is infected. The authority did not say how many of this year’s cases had proved fatal.

“We hope to control the fungus within the hospitals and elderly homes, so it won’t be spread to the community,” he said.

Lai said a shortage of isolation facilities in the city’s public hospitals because of the pandemic could have contributed to a dramatic increase in the number of patients becoming infected.

“Some hospitals don’t have isolation rooms in their general wards, so they can only put Candida auris patients at the corner of these wards as a precautionary measure, which can increase chances of cross infection,” Lai said.

The local cases have mainly originated in elderly homes and hospitals in the Kowloon West cluster, including at Princess Margaret Hospital, North Lantau Hospital, and Yan Chai Hospital.

While patients have ranged in ages from 21 to 101, nearly 80 per cent of the confirmed cases were aged 60 and above.

The infection is usually found in the oral cavity, digestive tract, skin and vagina, and can vary from being mild to life-threatening, depending on a patient’s health and which part of the body is infected.

Lai said the infection could easily spread in hospitals and elderly homes, through the shedding of skin, and the pathogen could linger in the environment for weeks.

People who were more susceptible to the disease included immunocompromised patients, those who had major surgery, or had been in hospital for a long time.

To protect against the superbug spreading, health care workers would use separate medical equipment for all patients.

“Currently the patients need to share medical equipment, but we aim to have separate equipment for every single patient and prevent cross infection between them,” Lai said.

While Lai admitted the outbreak was concerning, he said the situation was not serious as the number of cases in Hong Kong remained low.