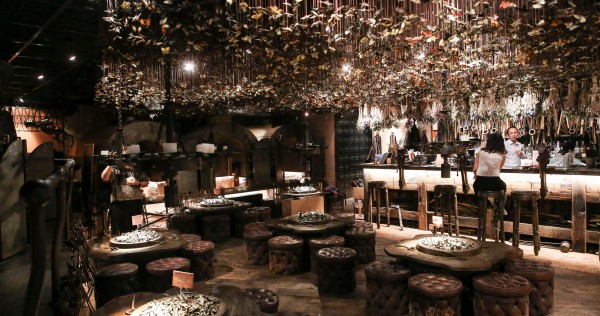 New Year’s Eve is expected to mark the end of Hong Kong’s 84-day streak of zero local coronavirus infections, with concerns growing over a potential outbreak after three aircrew members carrying the Omicron variant violated isolation protocols, including by visiting a Central bar.

Two preliminary-positive cases have already been linked to one of the aircrew members, while a source on Friday said that another patient previously thought to have mostly stayed at home during his incubation period was instead found to have visited a bar – believed to be Iron Fairies on Hollywood Road – on his third day back in Hong Kong after returning from the United States.

Health officials had previously said that the 46-year-old, who lived in Discovery Bay, had only gone out for coronavirus testing in Shek Tong Tsui, but new information emerged on Thursday evening indicating otherwise.

“The streak is now broken, as local cases were identified,” said leading government pandemic adviser Dr David Hui Shu-cheong. “One of the aircrew members even visited a pub in Central. Will it form a cluster of pubgoers?”

The revelation has amplified fears of a local outbreak of the highly transmissible Omicron variant, with the government on Thursday revealing two preliminary-positive cases linked to a 44-year-old aircrew member who lives in Tuen Mun.

That man had been to numerous places using public transport during what should have been a three-day mandatory home isolation period, visiting an Apple Shop and dining with his family at Moon Palace in the Festival Walk mall in Kowloon Tong.

The crew member’s 76-year-old father, who ate with him at Moon Palace, as well as a 34-year-old man who dined at a table about nine metres away, tested preliminary-positive on Thursday.

The two cases are expected to be confirmed on Friday, breaking the city’s nearly three-month streak since its last community infection was detected on October 8.

Under Cathay’s internal rules, aircrew should only leave home briefly for essential activities and coronavirus testing during their three-day home isolation period. The violations spurred the government to further tighten rules for aircrew, requiring them to quarantine for a week in designated hotels instead.

The move effectively forced Cathay to suspend all long-haul cargo flights for seven days starting from midnight on Friday as it struggled to book hotel rooms for its crew.

It is still uncertain what consequences the three aircrew members would face under the non-legally binding rules.

Hui urged residents to get tested if they had been to any of the 60 places known to have been visited by the aircrew, and said people should avoid gathering in groups to celebrate New Year’s Eve due to the risk of Omicron’s spread.

Respiratory medicine expert Dr Leung Chi-chiu said the risk of airborne transmission at the Kowloon Tong restaurant was high, which might have exposed a large number of customers to the virus.

“It is almost certain that the two cases are related,” he said on another radio programme on Friday.

“Although it is possible that the patients got infected by bumping into the cabin crew member in the restaurant when not wearing masks, the possibility of airborne transmission is relatively higher. Especially for Omicron, the speed of transmission is fast.”

Current government regulations on ventilation standards in bars and restaurants were insufficient to prevent the spread of the virus, Leung added.

“The standard for this rate was based on the prevention of tuberculosis, which has a low discharge of virus,” he said.

“But for Omicron cases, they may have a high amount of virus discharge. Even if the air [inside a restaurant] changes six times per hour, people next to the patients may have already been infected.”

Leung said the risk of a local outbreak at this point was “very high”.

“As the symptoms of Omicron infection are relatively mild, there may be a lot of hidden transmission in the community, which will be hard to detect,” he said.

“There may also be a lot of people in the restaurant who tested negative but later became positive walking around the community.”

Overnight lockdowns for testing at the homes of the two preliminary-positive cases have so far revealed no new infections, according to the health authorities.

Meanwhile, Cathay CEO Augustus Tang Kin-wing confirmed to staff on Friday that the government intended to hike quarantine requirements from three to seven days for aircrew operating non-“closed-loop” flights with layovers. Closed-loop operations for cargo crew require staff to volunteer for lengthy stints away from home of up to several weeks.

Tang said the resulting flight suspensions were especially necessary for cargo to allow the airline to “plan and adapt” to the new requirements, but recognised the impact they would have on passengers and clients.

“Given the uncertainty raised to our operations from this new quarantine restriction, we believe this move is in the best interests of both our people and our customers,” he said.

“I deeply regret this, but it is the correct decision to make, given the much greater disruption to our customers and people if we tried to continue to operate under the new conditions.”

Tang said the end-of-year developments were not what the airline had hoped, but “we welcome the New Year with fresh hope of better times ahead”.