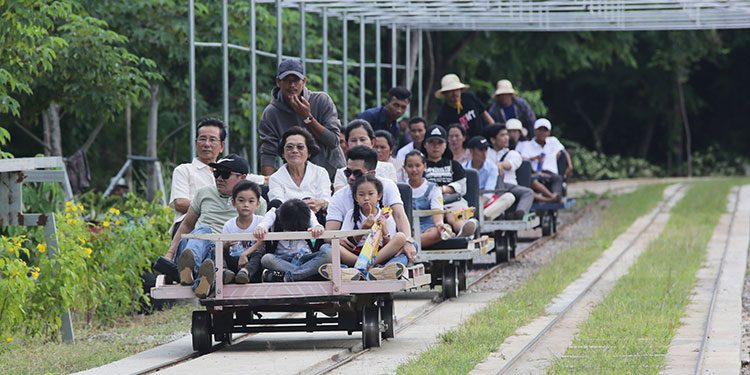 Battambang Tourism Department has reported it’s well-known “bamboo train” accounts for around 30 percent of total tourist visitors in the province, since its resumption of operation in 2018.

The train service was closed in October 2017 when the Cambodian Government undertook refurbishment to the country’s northern railroad – built during the French colonial era – connecting Phnom Penh with the Thai border.

Ouch Um Phynisara, the provincial tourism department director, said the train is becoming a popular tourist spot popular with both foreign and local visitors, allowing visitors to enjoy the natural scenery of the area.

The train starts approximately 20 kilometres from Battambang city, near the base of Banan mountain and next to the Angkorian temple, before ending four kilometres down the line in Chhoeuteal commune.

The fare for Cambodian passengers is $2.50 while foreigners have to pay $5. Last year, the province welcomed 670,000 visitors, up 8 percent over the year before.

Cambodia to export fresh vegetables to South Korea from June