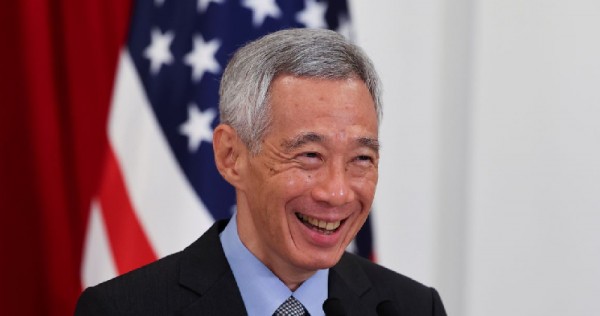 Singapore’s Prime Minister Lee Hsien Loong has sounded the alarm over the ongoing public debate on whether US treaty allies South Korea and Japan should deploy or develop their own nuclear weapons.

Speaking at Nikkei’s Future of Asia conference on Thursday (May 26), Lee questioned if public discussions would contribute to an “arms race” in the region, amid a refocus on territorial defence capabilities following Russia’s invasion of Ukraine.

“In Japan and South Korea, sensitive issues are being raised publicly, including whether to allow nuclear weapons to be deployed on their soil, or even go a step further and build capabilities to develop such weapons,” Lee said.

“But if we only look at regional security from the perspective of individual nations, we may end up with an arms race, and an unstable outcome,” he said. “We should maximise the opportunities for countries to work and prosper together, and minimise the risk of tensions worsening into hostilities.”

Both President Joe Biden and the governments in Seoul and Tokyo have not publicly mooted the possibility of deploying US nuclear weapons in the respective Asian countries.

Still, talk of such development has come to the fore following Biden’s visit to the countries this week.

In a joint press conference on Saturday following talks with Biden, South Korea’s new president Yoon Suk-yeol said the US president “affirmed the ironclad US commitment to the defence of the Republic of Korea and substantive extended deterrence”.

The term “extended deterrence” has often been used in Washington’s strategic circles to refer to the ability of the US to use its entire range of military capabilities, including its nuclear arsenal, to defend its allies.

Lee, who has repeatedly called on the US and China to have open lines of communication even as their strategic competition escalates, reiterated that point in his remarks, noting that Washington and the Soviet Union had such avenues during the Cold War.

“Such channels need to be worked out and established between the US and China, and between other countries which have disputes with each other,” he said.

Lee also urged that China remain integrated in the region.

“If US-China relations continue on this path, it will lead to a further bifurcation of technology and splitting of supply chains or even worse unintended consequences.”

Lee’s comments came after Biden paid his first visit to Asia as president this week, holding summit talks in South Korea and Japan, and launching the Indo-Pacific Economic Framework, a grouping of 13 regional nations that includes Singapore, but excludes China, the world’s second-largest economy.

Lee also warned against “reshoring” or “friend-shoring,” where countries build supply chains only with friends and allies.

“Such actions shut off avenues for regional growth and cooperation, deepen divisions between countries and may precipitate the very conflicts that we all hope to avoid,” he said.

Wong, 49, was picked by the party after an unusually protracted internal succession process that was derailed by the Covid-19 pandemic and the decision by the previous heir apparent, Heng Swee Keat, to step aside.

Noting that Wong was picked by the party and not him, Lee said he did not have post-retirement plans for now, when asked if he would take the mantle of the senior minister after stepping down.

Lee’s father, the country’s late independence leader Lee Kuan Yew, became a senior minister after he stepped down and handed power to Goh Chok Tong in 1990 after 31 years in power.

When Prime Minister Lee succeeded Goh in 2004, the elder Lee then became Minister Mentor, with Goh becoming a senior minister.

“I am planning to make myself be in a position … to hand over as prime minister to my successor, after which I see it as my responsibility to help him succeed and to help Singapore to continue to succeed.

“Whatever he thinks I am useful to him for, I shall be happy to fulfil,” Lee said.