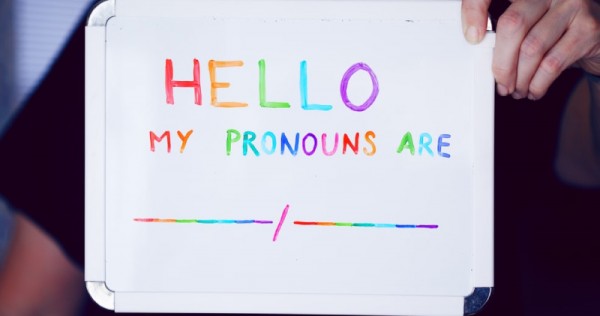 Activists have strongly condemned law enforcement officials for placing a transgender woman in a men’s detention facility, calling it an insensitive move against the special needs and security risks of the detainee.

The Tanjung Priok Port Police in North Jakarta had arrested M, an Instagram celebrity, for alleged drug abuse. M, a trans woman, was named a suspect and placed along with other men detainees amid an ongoing investigation process.

The decision was made based on the fact that M was identified as a male on her ID card, Tanjung Priok Port Police head Adj. Sr. Comr. Ahrie Sonta said as reported by Tribun News on Monday (23 Nov).

The case was still developing, Ahrie said, adding that the police’s narcotics detective unit was still chasing after two people suspected of being the suppliers and dealers of the crystal methamphetamine consumed by M.

The move has sparked concerns among rights and legal activists that claim such ill-treatment was repeatedly carried out by the police.

Law enforcement officials should understand that M expressed herself as a female, thus should be treated as such, Institute for Criminal Justice Reform (ICJR) researcher Maidina Rahmawati said.

She urged the authorities to consider vulnerabilities of detainees and look beyond physical documents.

“The problem is we don’t have any legal guarantees that pay attention to these specific needs,” she said.

The ICJR also opposed the detention of M, Maidina said, arguing that this was a case of alleged possession of narcotics for personal consumption and called for the authorities to take a rehabilitation approach instead.

In a separate statement to The Jakarta Post, Maidina further said M had been caught possessing 0.36 grams of narcotics, below the threshold of 1 gram in accordance with the Supreme Court Circular Letter No. 4/2010 concerning the placement of drug abusers, drug abuse victims and addicts into rehabilitation institutions.

This is not the first controversy surrounding the placement of detainees with consideration of their gender identity.

Earlier this year, a similar circumstance befell LL, a public figure who was caught using drugs. Authorities were puzzled over whether to put LL in a men’s or a women’s cell after information circulated in the public that LL was a trans woman.

LL had never come out as a trans woman and had always identified as a female.

She was finally placed in a special cell in the women’s detention block at the Jakarta Police after authorities found that the South Jakarta District Court had approved her request to change her gender.

“This case is repeated. The police should have learned from LL’s case and listened to the input from the trans community, experts and civil groups. Recognition of the existence of trans people is very essential for their survival,” Naila, who is also an activist at the Jakarta Feminist Discussion Group, told the Post on Tuesday.

In many cases, trans women in the same cell as male detainees were treated like men, they were shaved and stripped naked, which Naila claimed a form of sexual violence performed by the authorities.

“Not to mention that they are vulnerable to sexual violence perpetrated by fellow prisoners,” she said.

She cited a case in early 2018 when 12 trans women in North Aceh regency, Aceh were arrested in a raid against waria (transgender women) in the province. They were shaved and forced by the local police and sharia police to run and shout as loud as they could in a bid to help them “return to their masculine self”.

However, she recognized there had been some improvement recently.

“The first thing the police ask trans women is their gender identity, even though they are physically women. However, I also witness myself that some big courts have started to provide separate cells for trans women, but only after convictions,” Yuli said.

Together with representatives from LGBT advocacy group Arus Pelangi, Yuli had met with Law and Human Rights Minister Yasonna Laoly, who said he would coordinate further with prison authorities to tackle the issue.

The government must provide protection to trans people like any other citizens, in accordance with the 1999 Human Rights Law, which stipulates the rights of vulnerable groups, Yuli said.

Insurance market in Cambodia continues to grow amidst COVID-19