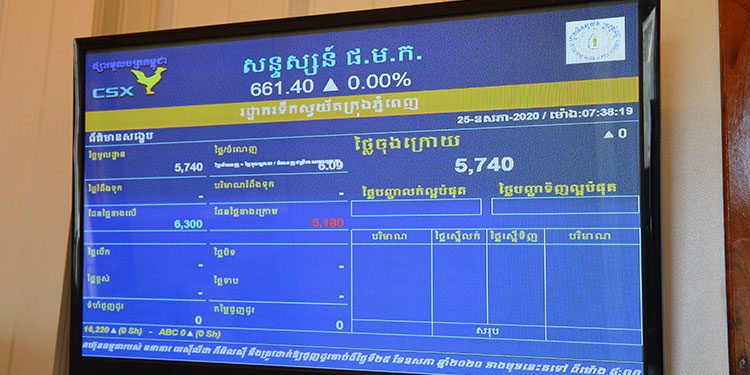 The Cambodia Securities Exchange (CSX)-listed state-owned utility, Phnom Penh Water Supply Authority (PPWSA) has seen its revenue increase by more 31 percent in the second quarter of this year, according to a report, filed to the CSX.

PPWSA had a total revenue of $18.37 million in the second quarter, an increase of 31.41 percent year-on-year.

The report showed that the company’s net profit was $3,861,982, a 71.44 percent increase compared with the same period last year.

In its eighth annual general shareholders’ meeting in June, PPWSA said it is targeting $79.83 million in revenue in 2020 with a net profit of more than $24.60 million.

For the third quarter of 2020, PPWSA plans to produce 58,313,600 cubic metres of clean water supply with the expansion of an additional water distribution network of 49,500 m.