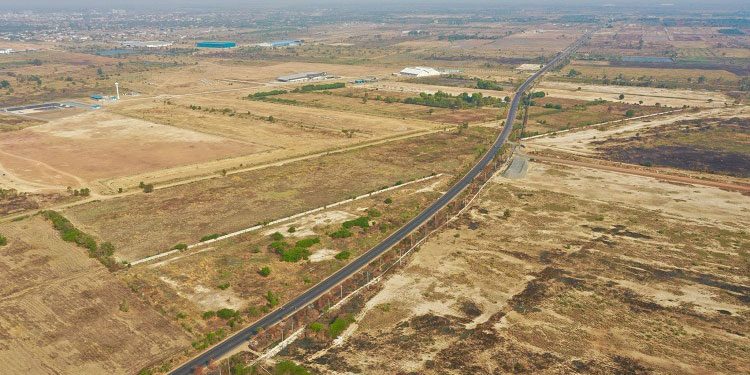 A memorandum of understanding to begin the cooperation to build an expressway linking Phnom Penh to Bavet, the border of Cambodia and Vietnam, was signed yesterday, said Sun Chanthol, Senior Minister and Minister of Public Works and Transport.

Talking about ‘Enhancing ASEAN transport connectivity to promote regional trade and investments’ at the ASEAN Leadership and Partnership Forum in Phnom Penh yesterday, Chanthol said, “This expressway will connect Bavet to Ho Chi Minh City, and ASEAN Highway numbers 1, 11, and 123 linking Cambodia to Thailand, Laos and Vietnam are being enlarged to four lanes and /or upgraded.”

He said the government has been conducting a feasibility study to upgrade the country’s existing network to high-speed railways.

“We also encouraged the private sector to study the Phnom Penh – Ho Chi Minh City rail link. In addition, we completed the feasibility study of the subway in Phnom Penh,” the minister said.

The government, with support from JICA, is also building a new container terminal with a draft of 14.5m at Port Autonomous of Sihanoukville.

“In addition, the feasibility study for the second and third phase of port expansion is being carried out to allow up to 120,000 DWT ships to call on PAS and have direct shipments to the US and the EU. A private port in Kampot is being built to be an energy hub of Cambodia and plays a vital role in complimenting PAS when Sihanoukville will be a multipurpose and special economic zone,” the minister pointed out.

ITC-LS has identified 332 hard and soft infrastructure projects, which require approximately $48.6 billion investment in the next 10 years, he said.

Talking about the investment potential of the country, Chanthol said, “There are a lot of business opportunities in transport and logistics sectors in Cambodia. In this regard, I wish to encourage the private sector to consider investing in Cambodia. The World Bank indicated that Cambodia has the most liberal investment regime in ASEAN. We are your facilitator, not your manager, and we will support your business and investment to ensure you are successful. Your success is our success.”

He pointed out that enhancing ASEAN Transport Connectivity could be done at the regional and country levels, which form an inter-connected transportation network. “At the regional level, we have the Master Plan on ASEAN Connectivity (MPAC) and the Kuala Lumpur Transport Strategic Plan (KLTSP) which are the two primary policy frameworks that have been re-shaped ASEAN in terms of transport and connectivity.

Chanthol said the ASEAN-EU Comprehensive Air Transport Agreement (AECATA) has been concluded and is expected to be officially signed at the upcoming ASEAN Transport Ministers Meeting in Bali in October 2022. The AE CATA is the world’s first bloc-to-bloc air transport agreement and will bolster connectivity and economic development among the 37 member states of ASEAN and the EU.

“Under the agreement, airlines of ASEAN and the EU will have greater opportunities to operate passenger and cargo services between and beyond both regions. Air Transport Agreement negotiations with China, Japan, Korea and New Zealand are ongoing,” the minister said.

After queen’s death, Commonwealth countries revive debate on monarch as head of state