Philippines’ Duterte calls out Facebook after accounts get taken down 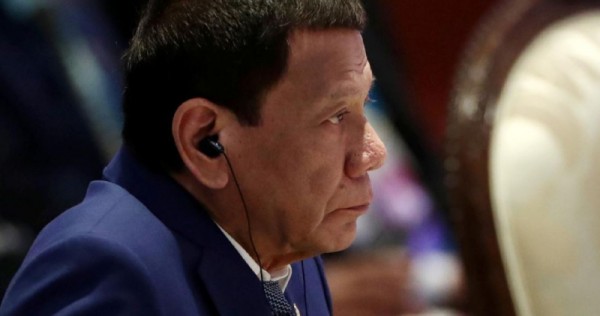 MANILA – Philippine President Rodrigo Duterte said on Monday that Facebook could not stop him from promoting the objectives of his government, telling the social media giant that they should talk about its purpose in his country.

“Facebook, listen to me,” Duterte said in a late-night televised address. “We allow you to operate here hoping that you could help us.

Now, if government cannot espouse or advocate something which is for the good of the people, then what is your purpose here in my country?”

His remarks follow Facebook’s move on Sept 22 to dismantle a network of fake accounts that originated in China and the Philippines, including some that criticised the Communist Party of the Philippines and its armed wing, the New People’s Army (NPA).

Facebook linked some of the fake accounts in the Philippines to the military and the police, although they denied being the account holders.

But the military later said it regretted the decision of Facebook to remove a page that belonged to a group of parents that raised awareness about the recruitment machinery of the communists. The conflict between the government and the NPA has raged since 1968 and has killed tens of thousands.

The Armed Forces of the Philippines had inquired if Facebook could restore the page called “Hands off Our Children”, its spokesman said last week, because its advocacy was something the military “shares and advances”.

“If you are promoting the cause of the rebellion…, if you cannot reconcile the idea of what your purpose is or was, then we have to talk.”

Facebook said the fake accounts were dismantled because they had engaged in “coordinated inauthentic behaviour”.

Platforms like Facebook have become political battlegrounds and have helped strengthen Duterte’s support base, having been instrumental in his election victory in 2016.

“Is there life after Facebook? I don’t know,” Duterte said.

PM Hun Sen: COVID-19 is not an obstruction for tourism in Cambodia and rural development