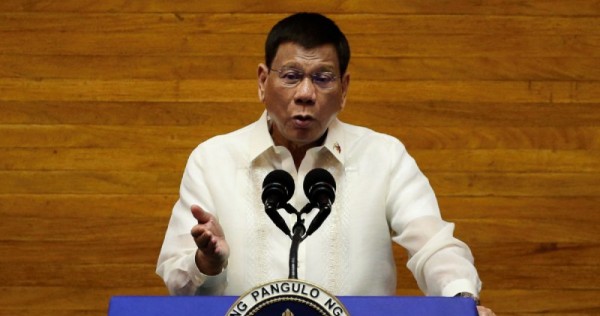 MANILA – Philippine President Rodrigo Duterte has vetoed a bill that would require social media users to register their legal identities and phone numbers, calling for a more thorough study of the measure, his spokesperson said on Friday.

Lawmakers had approved the measure earlier this year as they sought to thwart online abuse and misinformation, especially in the run up to the May 9 general election. But with Duterte’s veto, the bill is unlikely to be passed before the poll.

Social media has become a key campaigning platform for candidates running for president, vice president, and thousands of seats in the two chambers of Congress and local governments.

Duterte’s election victory in 2016 was partly attributed to a well-organised social media campaign, but critics have blamed pro-Duterte trolls and influencers for spreading misinformation to discredit and threaten opponents.

While Duterte had lauded lawmakers’ efforts to address cybercrimes and other online offences, he disagreed with the inclusion of social media in the bill without detailed guidelines, said presidential spokesperson Martin Andanar.

The lack of guidelines “may give rise to a situation of dangerous state intrusion and surveillance threatening many constitutionally protected rights”, Andanar said.

“It is incumbent upon the Office of the President to ensure that any statute is consistent with the demands of the Constitution, such as those which guarantee individual privacy and free speech,” he said.

The veto should not, however, deter lawmakers from passing effective and strengthened measures that ensure a safe and secure online environment for Filipinos, Andanar said.