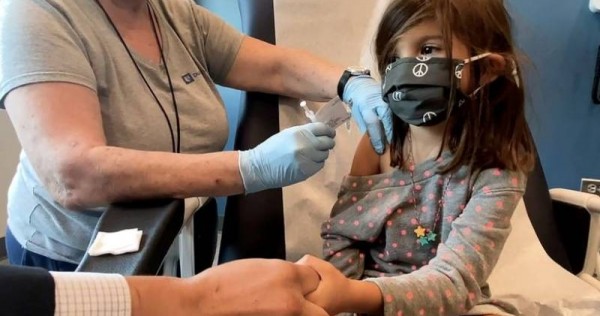 WASHINGTON – Pfizer on Friday (Dec 17) forecast that the Covid-19 pandemic would not be behind us until 2024 and said a lower-dose version of its vaccine for two- to four-year-olds generated a weaker immune response than expected, potentially delaying authorisation.

The company said it is testing a three-dose course of the vaccine in all age groups under 16, including two- to four-year-olds.

It had previously expected data from that age group this year, but said it did not expect the delay would meaningfully change plans to file for emergency use authorisation in the second quarter of 2022.

“The data are illustrating the impact of a booster and that our vaccine works best as a primary regimen of three doses,” chief scientific officer Mikael Dolsten said on a conference call.

Pfizer developed the vaccine with Germany’s BioNTech. The companies have been developing a version of their vaccine tailored to combat the quick-spreading Omicron variant, although they have not decided whether it will be needed. They expect to start a clinical trial for the updated vaccine in January, Pfizer executives said.

The company said it currently expects the vaccine to generate revenue of US$31 billion (S$42 billion) next year. Variant-specific shots, if needed, could boost sales in 2022.

In children aged six to 24 months, the low-dose version of the vaccine generated an immune response consistent with that of older vaccine recipients, the company said.

If the three-dose study is successful, Pfizer and BioNTech expect to submit data to regulators to support an Emergency Use Authorisation for children six months to under five years of age in the first half of 2022.

Sihanoukville Special Economic Zone in Cambodia attracts 170 export-import companies worth about $2 billion, up 40% over the past year