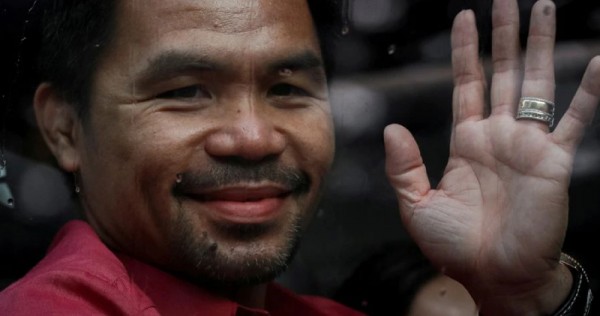 MANILA – Former boxing superstar Manny Pacquiao, who has vowed to root out graft in the Philippine government if elected president, said on Thursday (Jan 27) he would proudly disclose full details of his wealth and challenged all officials to do the same.

“I worked hard for my wealth. I invested blood, sweat and risked by life to earn that,” Pacquiao told DZBB radio. “All public servants should disclose (their asset declaration).”

Pacquiao’s remarks came after another presidential contender, Ferdinand Marcos Jr., previously said he would be careful in releasing his statement of assets for it might be used by political opponents.

President Rodrigo Duterte, whose government Pacquiao criticised for not doing enough to battle graft, has not shared his asset declaration his wealth to the public since 2017.

Pacquiao, who is a senator, has made fighting corruption a centrepiece of his presidential campaign, likening corrupt officials to “cancer” in government. He has promised to put them to jail.

“I have plenty of ways and strategies to fight corruption but I could not reveal them yet lest these officials might prepare. God gave me the knowledge and the wisdom how to eradicate corruption,” said the former eight-division champion.

While no one questions his prowess inside the ring, some political observers doubt his ability to govern and guide the economy back to recovery after it has been ravaged by the Covid-19 pandemic.

“I would not have ran (for president) if didn’t think I have the capability. Why would I embarrass myself?” Pacquiao said. “I know all the country’s problems and I know the solutions.”

Pacquiao came from an impoverished background and was a ship stowaway who started fighting on the streets as a boy, with prizes of US$2 (S$2.70) a fight. His net worth was US$69 million in 2020, according to his Philippines statement of assets.