in North Korea, Politics, US, World
0 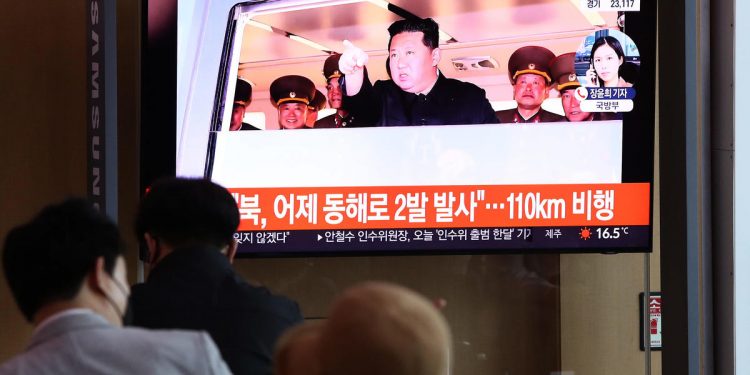 Tokyo — North Korea claimed it successfully test-fired a new type of missile capable of carrying nuclear warheads over the weekend, just before the United States and South Korea began a joint cyber-military exercise.

It was the 12th North Korean missile test in three-and-a-half months, and a sign that the country’s leader, Kim Jong Un, is fast-tracking a serious upgrade to his already fearsome arsenal.

However, it wasn’t the hardware of the weekend’s test that set international alarm bells ringing, but the rhetoric around the launch, CBS News’ Elizabeth Palmer reports. For the first time, North Korea explicitly said that the missiles are designed to carry nuclear weapons, and that it already has a tactical nuclear ability. In other words, it has already developed the right kind of small nuclear warheads.

On Monday, the U.S. special envoy for North Korea said that Washington and Seoul had agreed on the need for a strong response to “the destabilizing behavior we have seen from” North Korea, but without specifying what that might be. The Biden administration says it remains open to dialogue, but there’s no sign of engagement or what terms might convince North Korea to negotiate.

U.S.-led diplomacy to convince North Korea to abandon its nuclear ambitions in exchange for political and economic concessions has been stalled since 2019.

There have been similar tests, including one of a long-range intercontinental ballistic missile, every few weeks since January — with North Korea’s despotic leader overseeing the action.

The country has long been banned from conducting such tests by the U.N. Security Council and is under heavy sanction.

Last Friday, a public holiday to mark the 110th anniversary of the birth of North Korea’s founder Kim Il Sung, there was a huge parade in the capital, Pyongyang. Unusually, the only weapons on show there were neon-lit models.

But behind the spectacle, preparations were already well underway for a very real weapons test — one that explicitly pointed to North Korea’s expanding nuclear ambitions.