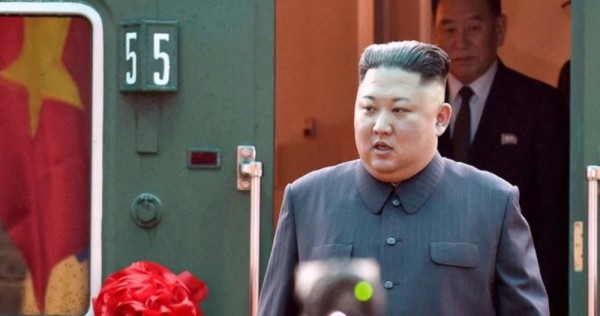 SEOUL – North Korean leader Kim Jong-un said his five-year economic plan had failed to meet its goals “on almost every sector” as he kicked off a congress of the ruling Workers’ Party, state media KCNA reported on Wednesday (Jan 6).

The rare political gathering, which Kim last hosted in 2016, has drawn international attention as he is expected to unveil a new five-year economic plan and address inter-Korean ties and foreign policy. The congress, attended by 4,750 delegates and 2,000 spectators, comes just two weeks before US President-elect Joe Biden takes office.

In his opening speech, Kim said the country had achieved a “miraculous victory” by bolstering its power and global prestige since the last meeting, referring to military advances that culminated in successful tests in 2017 of intercontinental ballistic missiles capable of striking the US mainland and a series of meetings with US President Donald Trump.

But the five-year economic strategy he set forth in 2016 had failed to deliver, he said, urging North Korea’s greater self-reliance.

“The strategy was due last year but it tremendously fell short of goals on almost every sector,” Kim said, according to KCNA.

In his 2016 plan, Kim called for accelerating economic growth and expanding domestic sources of energy, including nuclear power, to boost electricity supplies. He also underscored the “byungjin” policy of parallel development of nuclear weapons and the economy.

While consolidating power with a series of military provocations and ruthless purges, Kim has been trying to build a “man of the people” persona by openly admitting some of his failures – once a taboo in a country that reveres an errorless, godlike leader.

Kim was even seen shedding tears as he thanked people for their sacrifices at a military parade in October.

“He seems to have made a strategic decision to admit economic failure as he can also blame the coronavirus,” said Shin Beom-chul, a senior fellow at the Korea Research Institute for National Strategy in Seoul.

“By doing so, he would also seek to cement his image as a people-loving leader.”

On the pandemic, Kim lauded party workers for ensuring “stable situations against the coronavirus from beginning to end.”

“They had resolutely overcome difficulties in the face of an unprecedentedly prolonged, unparalleled global health crisis,” he added.

North Korea has not officially confirmed any coronavirus infections, although it reported thousands of “suspected cases” to the World Health Organisation.

South Korean authorities have said an outbreak in the North cannot be ruled out as it had active trade and people movement with China before closing its border last January.

Seoul’s Unification Ministry in charge of cross-border affairs said it hopes the meeting will provide a chance to foster peace and advance inter-Korean ties.

KCNA said Kim will suggest “strategic and tactical policies” aimed at promoting reunification and foreign relations during the congress.

Kim usually gives a New Year address which maps out blueprints for his diplomatic, military and economic policy but skipped it this year.

Analysts said he will likely give a message once the congress is over.

In KCNA images, no one was seen wearing masks and participants did not sit apart, unlike at some other recent public events.

The meeting will last some days, during which Kim is also expected to announce leadership changes – potentially involving his sister – and discuss other organisational, budget and audit issues.

$8 million worth of Cambodia fisheries products were exported in 2020