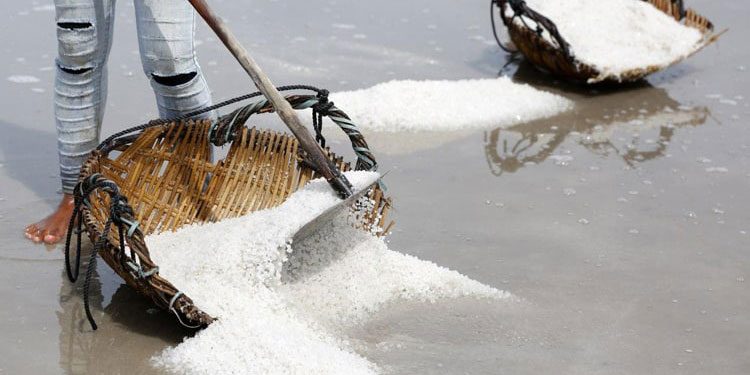 Officials of the Ministry of Industry, Science, Technology and Innovation said that Cambodia has no signs of a shortage of salt for consumption and annual demand has reached almost 50 percent.

Huon Sorangsey, Director of the Department of Handicraft Affairs of the General Department of Small and Medium Enterprises and Handicrafts, made the statement during a press conference held on the morning of 11 August.

Sorangsy said that as of July 2022, the production of salt reached more than 40,000 tons, which is not enough compared to the annual consumption in the country, but so far there is no shortage. He continued that the Royal Government considers salt as a strategic commodity and the Ministry is paying attention to salt distribution, price and export.

The official said that in principle, Cambodia allows the import of 60,000 tons of salt for reserve. The salt produced in 2021 was clocked in at more than 75,000 tonnes, about 4,000 tonnes of that amount has still not been used. Sorangsy said that weather factors have caused this year’s salt production to fall sharply, possibly lower than last year’s production by more than half.

The Ministry of Industry, Science, Technology and Innovation has confirmed that it is revising its five-year salt sector development strategy in Cambodia (2022-2026) in collaboration with the Ministry of Economy and Finance.