No immediate need for mass monkeypox vaccinations: WHO official 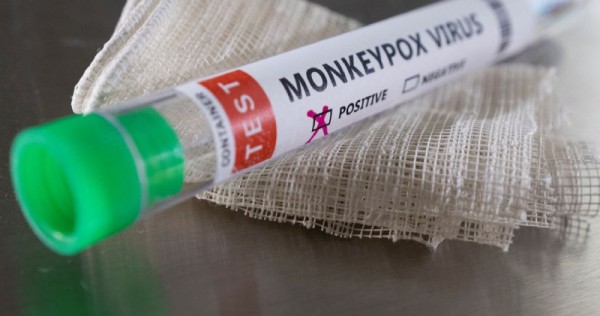 LONDON – The World Health Organisation (WHO) does not believe the outbreak of monkeypox outside of Africa requires mass vaccinations as measures like good hygiene and safe sexual behaviour will help control its spread, a senior official said on Monday (May 23).

In an interview with Reuters, Richard Pebody, who leads the high-threat pathogen team at WHO Europe, also said immediate supplies of vaccines and antivirals are relatively limited.

His comments came as the US Centres for Disease Control (CDC) and Prevention said it was in the process of releasing some Jynneos vaccine doses for use in monkeypox cases.

Public health authorities in Europe and North America are investigating over 100 suspected and confirmed cases of the viral infection in the worst outbreak of the virus outside of Africa, where it is endemic.

The primary measures to control the outbreak are contact tracing and isolation, he said, noting that it is not a virus that spreads very easily nor has it so far caused serious disease.

“We’re not at a situation where we’re moving to widespread vaccination of populations,” he said.

It is unclear what is driving the outbreak, with scientists trying to understand the origin of the cases and whether anything about the virus has changed. There is no evidence the virus has mutated, a senior executive at the U.N. agency said separately on Monday.

Many – but not all – of the people who have been diagnosed in the current monkeypox outbreak have been men who have sex with men (MSM).

CDC officials said there are more than 1,000 doses of the vaccine, approved in the United States in 2019, in the national stockpile and they expect that level to ramp up very quickly in the coming weeks.

Jynneos, made by Bavarian Nordic A/S, is approved in the US for use against smallpox and monkeypox in high risk adults aged 18 and older.

There are more than 100 million doses of an older smallpox vaccine, ACAM2000, which has some significant side effects, the officials told reporters. ACAM2000 was previously produced by Sanofi and is now made by Emergent BioSolutions.

“Right now we are hoping to maximise vaccine distribution to those that we know would benefit from it,” said Captain Jennifer McQuiston, deputy director of the CDC’s High Consequence Pathogens and Pathology Division.

“So those are people who’ve had contact with known monkeypox patients, health care workers, very close personal contacts, and those in particular who might be at high risk for severe disease.”

There has been one confirmed case of monkeypox – in Massachusetts – and four additional presumed cases, one in New York City, one in Florida and two in Utah.

Monkeypox is a virus that can cause symptoms including fever, aches and presents with a distinctive bumpy rash.

The WHO said on Monday it expects to identify more cases of monkeypox as it expands surveillance in countries where the disease is not typically found.