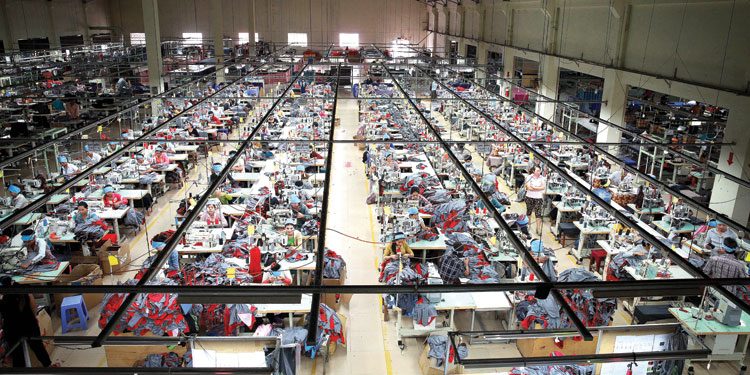 The decision by the Garment Manufacturers Association of Cambodia (GMAC) to file a lawsuit against the European Commission (EC) has reignited the ongoing struggle between Cambodia and the European Union (EU) to promote bilateral trade and uphold a political agenda.

The lawsuit was filed despite the industry stating, because of the current economic climate of COVID-19, whatever the outcome, it would be largely symbolic and have very little impact on the manufacturing industry now.

It added, in light of other challenges facing the economy, the partial withdrawal of the Everything but Arms (EBA) trade deal is comparably small.  Cambodia and the EU now need to move forward and to talk to each other as partners using innovative solutions to grow trade and investment with and from the EU and from European companies that will benefit Cambodia.

Speaking to Khmer Times about the lawsuit Kaing Monika, deputy secretary-general of GMAC, said that this was its last recourse, the last-ditch effort to protect the interest of its members. In the EU, nobody is above the law, including the EC.

About 400 garment, footwear and travel goods factories in Cambodia have suspended their operations, leaving more than 150,000 workers jobless in July because of the COVID-19 pandemic.

This led the government to announce extended support measures to aid the garment and textile industry, tourism and aviation sectors until the end of the year, according to a statement released this week.

According to the Official Journal of the EU published in September, GMAC filed the complaint on July 16 and stated that the commission had “allegedly failed to properly assess the proportionality of the partial temporary withdrawal of customs preferences for the Cambodian garments, footwear and travel goods sectors… alleging a violation of GMAC’s procedural rights due to the commission’s failure to provide adequate reasoning corresponding to a violation of the right to good administration”.

Monika added there is no clear timeframe for a hearing yet because the case is still in its early stages. The court process is moving as per the procedure.

“We can take a case to the court if we feel that we have not been treated in a legally fair manner,” he added.

The lawsuit has also re-highlighted the long-running feud between the European Union and its pro-business arm, the European Chamber of Commerce in Cambodia (EuroCham) which was strongly against the EBA decision.

At the time of its original investigation to remove the benefits, EuroCham’s previous Cambodian Chairman Arnaud Darc released a statement saying: “As the main representative of the large European investment and business community in Cambodia, EuroCham is deeply concerned about the possible negative consequences of this decision on current and future business between the European Union and Cambodia.

The launch of [the] EBA withdrawal investigation by the European Commission
is counterproductive to Cambodia’s socio-economic transformation. This decision not only jeopardises the past and future achievements of this partnership, but also other development initiatives funded by the European Union over the last two decades which have helped to vastly improve the socio-economic status of millions of Cambodians.”

“We are neutral in this case as we believe that this dispute should have been solved through other problem-solving mechanisms earlier. Court action should be a very last resort.”

He added: “As a chamber, we have always stated that we are against the withdrawal of trade preferences that supported Cambodia’s economic expansion, but this decision has been made on a political level. We think that we now need to look forward and continue to work together without worrying about the outcome of this court action. Even in the unlikely case the outcome is positive for GMAC, the very hard impact of the COVID-19 crisis on the Cambodian economy and, in particular, the garment sector won’t be mitigated by an overruling of the EU Commission’s decision: It would largely be symbolic.”

When asked to respond to comments about the lawsuit being a political not economic action, Monika said: “What I can tell is nothing beyond the Official Journal of the EU which is public knowledge.”

He continued: “This is public knowledge about the two pleas that GMAC brought in the application for annulment. And this legal case has officially started. It might be a bit complex as this has never happened before. There’s no precedent for such case.”

Brinzer said: “In any case, we want both to now move forward and to talk to each other as the partners they have been for such a long time. Business between the EU and Cambodia has been steadily growing for decades and has reached significant heights in the last few years with a volume of $6.6 billion in 2019.”

“What Cambodia and the EU need now is closer cooperation, finding middle ways and compromises and, most importantly, be innovative and creative in increasing trade and investment in order to deal with the COVID-19 impact on either economy. We support this goal with all means we have available,” he added.

Khmer Times contacted the Delegation of the European Union to Cambodia led by Carmen Moreno, but they declined to comment on the matter stating: “We do not comment on ongoing court proceedings.”

The delegation have also declined to comment on various other matters, as well as refusing or simply not replying to multiple requests for interviews this year.