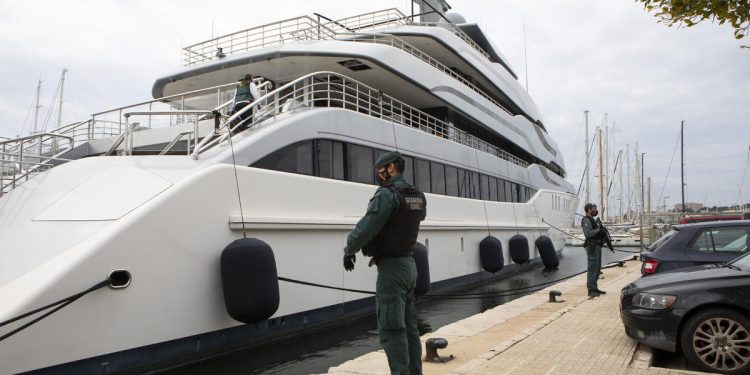 The Hague — Dutch customs authorities have impounded 14 yachts in shipyards, including 12 still under construction, as part of still-growing Western sanctions imposed over Russia’s invasion of Ukraine, the government said Wednesday. European and U.S. authorities have seized several yachts with links to Russian tycoons under the unprecedented sanctions that followed the February 24 invasion.

“Given the current measures, these vessels cannot be delivered, transferred or exported for the moment,” Foreign Minister Wopke Hoekstra wrote in a letter to the Dutch parliament.

The 12 yachts under construction, which include luxury vessels more than 38 yards long, were being built in five different shipyards for “Russian beneficiaries,” the government said. The other two yachts are currently undergoing maintenance.

“The government attaches great importance to the respect and implementation of sanctions,” he added.

The Netherlands has also frozen 516 million euros’ worth of assets and 155 million euros in transactions, the minister said.

The U.S. was poised to announce a new sanctions package against Russia on Wednesday in response to reported atrocities around Ukraine’s capital of Kyiv, sources familiar with the forthcoming penalties confirmed to CBS News this week.

The additional sanctions were to be announced in coordination with the Group of 7 and European Union, and were designed to impose “significant costs” on Russia for its brutalities in Ukraine, the sources said. The measures will include a ban on all new investment in Russia, increased sanctions on financial institutions and state-owned enterprises, and sanctions on Russian government officials and members of their families.

The measures are intended to “degrade key instruments on Russian state power” and impose swift economic harm on Russia, according to the sources.

U.S. OK’s up to $95 million in equipment, training for Taiwan’s Patriot missile system