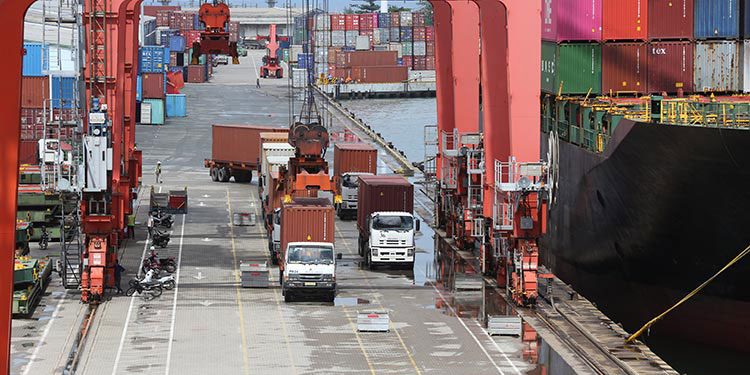 Secretary of State for the Ministry of Commerce Seang Thay said that the outbreak of war between Russia and Ukraine will affect trade between Cambodia and Russia. This will in turn send ripples through the economy despite trade between both countries being small.

According to the data from the Ministry of Commerce, the trade between Cambodia and Russia in 2021 was valued at more than $94.18 million, an increase of more than $30 million compared to the $63.18 million trade between both countries. The data states that Cambodia exports to Russia are valued at $59.54 million, while imports from Russia amounted to $34.64 million.

Cambodia also trades with Ukraine and the trade between both countries in 2021 was more than $8.56 million, with exports from Cambodia to Ukraine valued at more than six million dollars and imports from Ukraine was valued at $2.4 million.

While speaking to local news on March 3, Secretary of State Thay said, “The ongoing war in Ukraine will have a significant impact on trade between Cambodia and Russia. The extent of the impact, we can’t assess at this time. However, the trade volume between the two countries according to the 2021 figures is still low.”

Dr Hong Vannak, an economist at the Royal Academy of Cambodia, told local news that although Cambodia is not at odds with Russia, sanctions imposed by countries, especially the United States and Europe, could be a barrier to exports. The war would also hamper free trade negotiations between Cambodia and Eastern European countries.

Thai democracy activists sign up to fight ‘tyranny’ in Ukraine