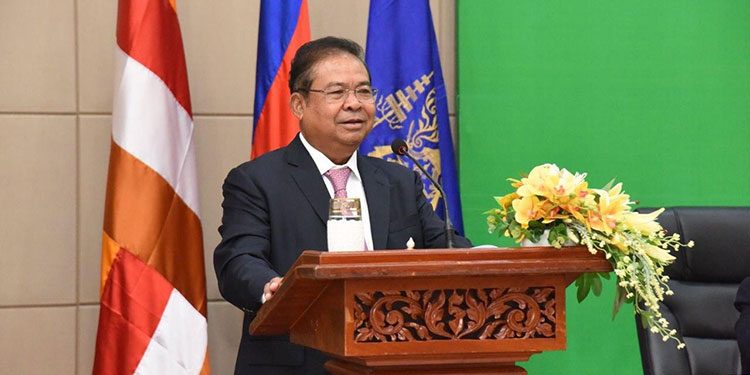 The National Bank of Cambodia (NBC) has said that the Kingdom’s balance of payment is expected to be in the  surplus as the inflow of financial accounts may still offset the growing current account deficit, caused by the declining income from tourism and foreign workers’ remittances.

The International reserves remain high, which guarantees the import of goods and services for the next 10 months. It is higher than the maximum level for developing countries which should have 3 months guarantee.

NBC said that the inflation rate is at 2.5 percent because of falling commodity prices and fuel-related services, which have reduced the pressure on rising food prices. At the same time, the exchange rate of the riel against the US dollar has increased slightly.

The NBC also said that that General Monetary (M2) grew 11.5 percent in the first six months, but the growth is lower than the same period in 2019 (23.4 percent). The slow growth of M2 was because of decline in  deposits of  foreign currency, as a result of the slowdown in  economic activities in the domestic economy.

The interest rate of Negotiable Certificates of Deposits (NCDs) and Liquidity-Providing Collateralized Operation (LPCO) have also been reduced since March in order to increase liquidity in the banking system and reduce the cost of loans in riel, according to the Central Bank.

The central bank pointed out that the banking sector continues to grow steadily and has  actively contributed to economic activity, with the total assets of banking and financial institutions increasing by 17.4 percent (to 204 percent of GDP), credit increased 19.6 percent (132 percent of GDP) and deposits increased by 12.3percent (113 percent of GDP).

At the same time, the operations network and financial services were continuously developed, with the number of branches and branches of banks and financial institutions nationwide reaching 2,465, with  3,081 ATMs, the deposit accounts has increased up to 8.2 million accounts and 3.2 million of credit accounts.

As the risks to the economy has increases, risk monitoring for the banking sector has also been steadily strengthened in addition to risk-based supervision and future prospects.