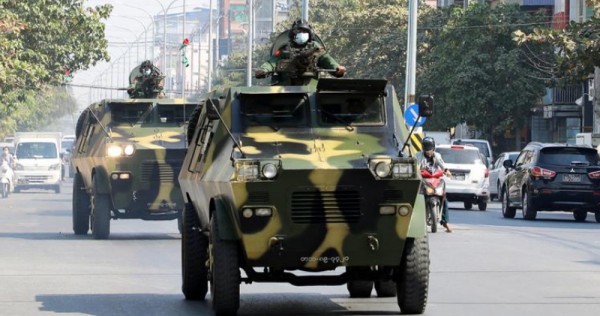 YANGON – State media in Myanmar on Wednesday (June 1) blamed “terrorists” opposed to military rule for a deadly bomb blast at a bus stop in its biggest city of Yangon, an accusation denied by members of an exiled shadow government.

The blast in downtown Yangon occurred on Tuesday afternoon, killing one person and wounding nine, according to a charity group.

The Global New Light of Myanmar, which published photographs of some of the bloodied victims, said security forces were investigating.

No group has claimed responsibility for the blast but the state newspaper said it was caused by a bomb planted by “PDF (People’s Defence Force) terrorists”.

Since the military seized power from the elected government of Aung San Suu Kyi last year, lightly armed PDFs opposed to the junta have sprung up across Myanmar in a bid to take on the army.

In a statement, the defence ministry of the shadow National Unity Government (NUG) condemned the incident and said it would conduct its own an investigation.

Dr Sasa, a spokesman for the NUG, accused the military of being behind the attack.

“We will do everything we can to get justice for those people,” Dr Sasa, who goes by one name, said in the statement on Twitter.

Neither state media nor the NUG provided evidence to back up their allegations and Reuters could not independently verify the claims.

A member of Lin Latt, a charity that helped the victims of the blast, said the wounded were taken to hospital where one died.

Myanmar has been in chaos since the coup, with conflict spreading across the South-east Asian country after the army crushed mostly peaceful protests in cities.

The Assistance Association of Political Prisoners (AAPP), an activist group, says more than 1,800 people have been killed by the security forces.

Military authorities have said the AAPP figures are exaggerated and that soldiers have also been killed.

The true picture of the violence has become more difficult to assess since clashes have spread to more remote rural areas where ethnic minority insurgent groups are also fighting the military.