Myanmar junta hits back at Asean after being barred from meetings 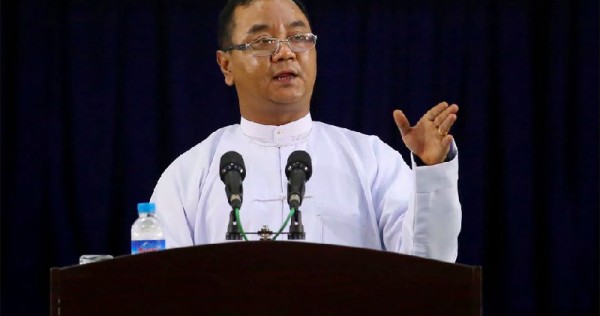 Myanmar’s military leadership on Wednesday (Aug 17) lashed out at the Asean grouping of Southeast Asian countries for excluding its generals from regional gatherings, accusing it of caving to “external pressure”.

Members of the Association of Southeast Asian Nations have heaped condemnation on Myanmar’s junta, which they say has failed to make concrete progress on a peace plan agreed with the 10-nation bloc last year, including engaging with opponents and a cessation of hostilities.

Myanmar’s military seized power from an elected government in a coup last year, and has since then crushed dissent with lethal force. Most recently, the junta has been criticised for executing political activists and imprisoning Aung San Suu Kyi, the symbol of Myanmar’s opposition and democracy movement.

Asean has barred Myanmar’s generals from attending regional meetings, and some members said last month it would be forced to rethink the way forward unless the junta demonstrates progress on the peace plan.

The junta has declined offers to send non-political representatives instead to Asean meetings.

“If a seat representing a country is vacant, then it should not be labelled an Asean summit,” junta spokesperson Zaw Min Tun said at a routine news conference on Wednesday, adding that Myanmar was working on implementing the peace plan.

“What they want is for us to meet and talk with the terrorists,” he said, using the junta’s label for pro-democracy movements that have taken up arms against the military.

He said Asean was violating its own policy of non-interference in a country’s sovereign affairs while facing “external pressure”, but did not elaborate.

The Ministry of Foreign Affairs of Cambodia, which is currently chairing Asean, did not immediately respond to Reuters’ request for comment.

Several western countries including the United States and Britain have imposed sanctions on Myanmar’s junta over the coup.

Philips parts ways with CEO in midst of massive recall