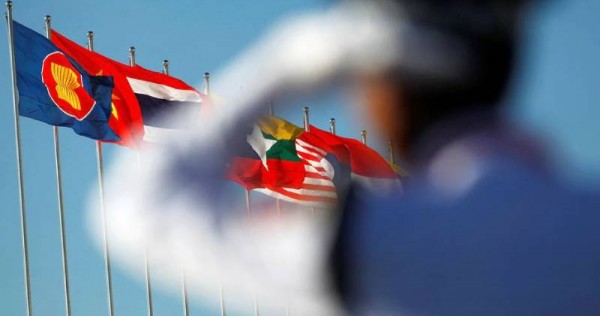 PHNOM PENH – Southeast Asian foreign ministers will meet on Thursday (Feb 17) for talks that have already been postponed once amid divisions in the 10-member bloc over how to restore stability in Myanmar after a military coup a year ago.

Cambodia is the current chair of the Association of Southeast Asian Nations (Asean), which last year unexpectedly barred Myanmar’s junta from key meetings over a failure to honour a peace plan agreed with the bloc.

Cambodian Prime Minister Hun Sen had sought to re-engage the junta and made a controversial trip for talks, but amid friction over the approach, Asean excluded Myanmar’s military-appointed foreign minister from this week’s meeting, which was postponed from January.

“At Asean, we are having problems and we must solve them peacefully,” Hun Sen said in a speech on Wednesday, warning that, without a breakthrough, peace in Myanmar may not be achieved even in five to 10 years.

Singapore, the Philippines, Indonesia, and Malaysia have urged Cambodia not to invite Myanmar’s generals until they deliver on a commitment made last year to end hostilities and allow Asean to facilitate a peace process.

During a trip to Cambodia this week, Singapore Foreign Minister Vivian Balakrishnan expressed regret that there had been “no significant progress in implementing” the peace plan, according to a statement from Singapore’s foreign ministry.

Myanmar has been in turmoil since the military overthrew an elected government led by Nobel Peace Prize winner Aung San Suu Kyi on Feb 1 last year.

More than 1,500 civilians have been killed in the junta’s crackdown on its opponents, according to figures cited by a Thailand-based activist group. The junta has disputed the death toll and blamed the violence on “terrorists”.

In a report this week, non-profit organisation Fortify Rights accused Myanmar’s military of atrocities in Kayah State, which has been the scene of fierce fighting and called on Asean to back an arms embargo against the junta.

Asean has not formally recognised the military government, which has been targeted by sanctions imposed by the United States, Britain, and the European Union, among others.

Myanmar’s foreign ministry said in a statement this week it regretted Asean’s decision to bar its representative, which it said contradicted the bloc’s principle of equal representation.

It said, however, it “will continue to extend constructive engagement” with all Asean members.

The tough line on Myanmar taken by some Asean members represents a departure from years of sticking to a group policy of not interfering in each other’s internal affairs, which critics said made it little more than a talking shop when it came to issues such as human rights.

Omicron infection after vaccination may protect against other coronavirus strains, study finds