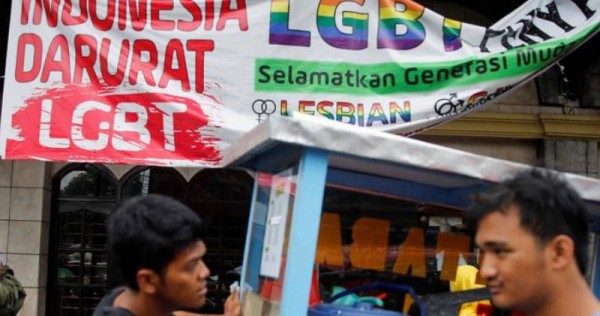 Indonesia’s top Islamic scholars body have urged Jakarta not to follow the lead of neighbouring countries in decriminalising gay sex, as many in the world’s most populous Muslim-majority nation continue to view same-sex relationships as deviant.

Singapore on Sunday (Aug 21) said it would repeal a colonial-era law that criminalises sex between men, a development that comes as Indonesia seeks input from the public on a controversial new criminal code bill.

The proposed law contains articles such as one that would penalise extramarital sex, which many see as discriminating against LGBTs as same-sex marriage is illegal in Indonesia.

Jeje Zainudin, one of the chairmen at Indonesian Ulema Council or MUI, told conservative-leaning publication Republica that the LGBT community was “condemned” by all six state-recognised religions.

“We, as Indonesians, who have a different constitution from Vietnam and Singapore, of course, should not imitate

Jeje said Jakarta must continue to “monitor the development of LGBT

“I just found out that previously gay sex was banned in Singapore, but it has never been enforced.

“In Indonesia, on the other hand, we like to find excuses to make raids

Only 31.6 per cent of respondents aged 55 and above would accept LGBT family members.

“The elderly generation’s knowledge about gender and sexual identity is lagging behind those possessed by the younger generation, who now understands the concept of non-binary,” Dede said.

“This is why I fear that the issue could divide the nation in the future, as people will be split into two, those who are conservative and those who are progressive.”

Lini Zurlia, advocacy coordinator for LGBT rights group Arus Pelangi, said Jakarta should be “open-minded” in considering LGBT issues and following in the footsteps of neighbours like Singapore and Vietnam.