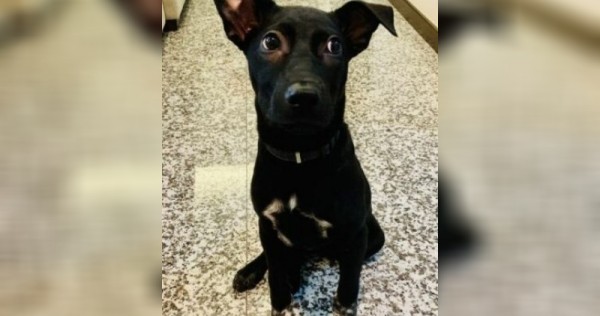 TAIPEI — Taiwan Formosan mountain dogs are once again gaining attention on the Internet after an expat working at the Academia Sinica posted a picture of the adorable new addition to their family to Twitter.

According to Maggie Lewis’s post, Brodie was originally fostered by another couple who sadly couldn’t keep him, and so he was adopted by her family.

Lewis added that the rescue pup’s huge lopsided ears, big brown eyes and “speckled paws that camouflage into [their] floor” make it hard for her to limit its treat intake.

Welcome Brodie the #Taiwan mountain-dog rescue pup who joined our family this week!

His lopsided ears, huge brown eyes, and speckled paws (that camouflage into our floor) are constantly testing my resolve to limit his treat intake. pic.twitter.com/rwzDH1nQ00

Brodie’s cute photo was immediately met with enthusiastic responses from the foreign community, as one social media user fell in love with its ‘mittens’ and another added, “lopsided ears kill me”.

Many also commented that Formosan mountain dogs are great with children and are “quirky companions” after Lewis shared her sons’ happiness in finally getting a dog.

The popular canine earned many online supporters who advocated for “no limits” on his intake of treats.