More than 1.5 million made in Cambodia bicycles were exported 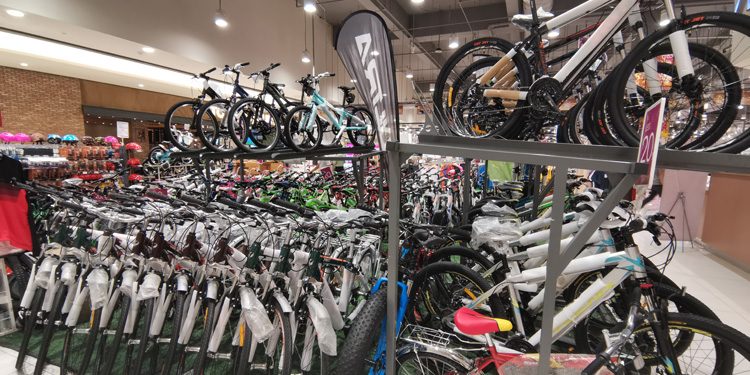 0
SHARES
70
VIEWS
Share on FacebookShare on Twitter
As commuters shun public transport and look to keep fit during pandemic- induced lockdowns, the demand for bicycles has skyrocketed, giving some Cambodian industries a much-needed break.

According to the Ministry of Commerce, more than 1.5 million bicycles were exported as of the end of the third quarter this year, bringing in some $400 million in revenue.

The continued growth in bicycle exports has seen the Kingdom become the largest bicycle supplier for the EU market.

Hong Vanak, an economic researcher at the Royal Academy of Cambodia, told the New Straits Times in May that growth in bicycle exports is a vital contributor to the Kingdom’s economic development.

“Although the COVID-19 pandemic [continues to] decrease global export [volumes], Cambodia’s [success] in growing in bicycle exports will also [trigger an increased] demand for bicycle parts. [Despite] some orders [being] cancelled during the first quarter [of 2020] because of the pandemic, Cambodia’s bicycle exports [have managed] to remain in the green,” he said.

The bicycle boom is good news for the Kingdom, in part because bicycles were not among the products affected by the partial withdrawal of the EU’s Everything But Arms trade deal.

In Cambodia, local sellers of new and second-hand bikes are also recording an increase in sales amid the pandemic.

Pisal Aing, one of the owners of Aing Kinsman Bicycles in Siem Reap, told the Southeast Asia Globe that he saw an upswing in sales related to the pandemic and by April, all the new models in his shop had sold out.

“Since the outbreak, I have sold many bikes, even the older ones, because we ran out of stock of new models,” he said.

Aing said he attributes the recent surge in cycling among locals to the ease of social distancing it offers, saying that the town also has ideal terrain for easy, scenic riding.

Chhiv Lean, who took up cycling because of pandemic-induced lockdowns and remote working, said cycling offers her a release and helps her sleep.

“By the end of February, I started to feel stir crazy. With gyms closed and group sports centres closed down, cycling was an ideal alternative.”

“For me, cycling is the best exercise.  I get to sleep faster than when I don’t cycle. It’s the best time-killer, whenever you feel down or stressed,” she added.

A World Bank report said that the Kingdom’s position as the leading exporter of bicycles to the EU market makes the sector the third-most important export product of Cambodia after garments and footwear.