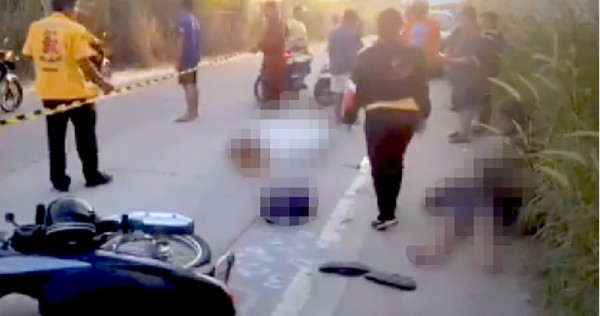 A speeding motorcycle reportedly killed a 64-year-old monk who was walking on the route to receive food offerings in Chonburi province on Monday morning.

The bike was allegedly ridden by a 16-year-old who was on his way to bring his mother back from work.

The teenager reportedly could not stop the speeding vehicle when he saw the monk in his way.

The monk from Nong Prue temple was immediately killed while the biker’s left ribs were broken. He was later sent to Laem Chabang Hospital.

Police have ordered the detention of the suspect for prosecution in the case after his treatment.

ALSO READ: Teen biker dies after allegedly being pushed into canal in Thailand