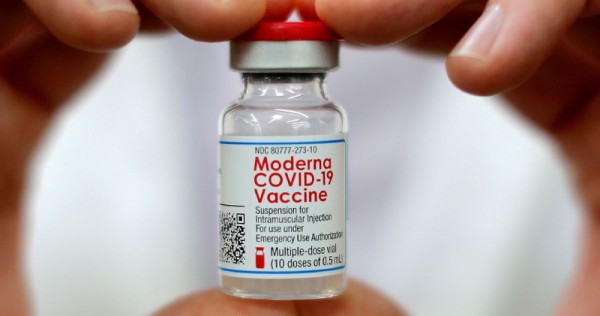 NEW YORK – Moderna could have a Covid-19 booster shot targeting the Omicron variant tested and ready to file for US authorisation as soon as March, the company’s president said on Wednesday (Dec 1).

Moderna president Stephen Hoge said he believes booster shots carrying genes specifically targeting mutations in the newly-discovered Omicron variant would be the quickest way to address any anticipated reductions in vaccine efficacy it may cause.

The company is also working on a multi-valent vaccine that would include up to four different coronavirus variants including Omicron.

That could take several more months, he said.

The United States identified its first Covid-19 case caused by the Omicron variant in California, the US Centres for Disease Control and Prevention said on Wednesday.

Omicron, dubbed a “variant of concern” by the World Health Organisation, is being studied to see if it is more contagious or causes more severe illness than other variants, and if it can evade current vaccines.

Given prior guidance from the US Food and Drug Administration, which has required mid-stage clinical testing, Hoge said the process could take three or four months.

“The Omicron-specific boosters, just realistically, are not before March and maybe more in the second quarter,” Hoge said, unless the FDA changes its guidance for what data would be needed for authorisation.

Moderna would be able to manufacture the vaccine as it was conducting the testing, Hoge said, to have it ready to roll out as soon as possible.

He said the FDA is currently assessing the threat to vaccine protection posed by the Omicron variant. The agency could provide a faster timeline, akin to the way it approves vaccines for influenza, by approving changes in the flu strains, which would shorten the three- to four-month timeline.

In the United States, licensed flu vaccines can be updated each season by substituting in new strains of the virus that are believed to be most likely to cause illness in the upcoming flu season, without the need for large, randomised clinical trials.

Based on the pattern of mutations seen in the Omicron variant, which include mutations that have already been shown to reduce the efficacy of its vaccine in lab studies, Hoge said, “we expect there will be an impact.”

It is not clear yet how big of a drop in efficacy the Omicron variant will cause for current vaccines, but it could be significant, Hoge surmised.

“The mutations that had previously led to the biggest drops in efficacy were seen in Delta and Beta. And all of those mutations have shown up in Omicron,” Hoge said.

Hoge said the company is testing to see whether fully vaccinated recipients of Moderna’s vaccine are protected against the variant, as well as those who received the 50-microgram and 100-microgram booster doses of the shot.

“I still believe that the existing vaccines will be able to at least slow down, if not completely stop, the Omicron variant,” he said.