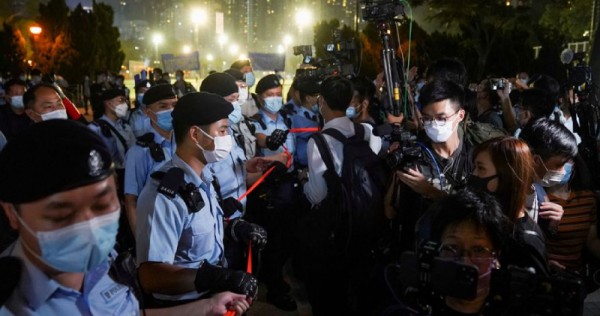 Microsoft Corp on Friday (June 5) blamed “accidental human error” for its Bing search engine not showing image results for the query “tank man” in the United States and elsewhere after users raised concerns about possible censorship around the Tiananmen Square crackdown anniversary.

Users, including in the United Kingdom, Germany and Singapore, reported Friday that when they performed the search Bing returned the message, “There are no results for tank man.”

David Greene, civil liberties director at the nonprofit Electronic Frontier Foundation, said that content moderation was impossible to do perfectly and “egregious mistakes are made all the time.”

But he said it could be more sinister: “At worst, this was purposeful suppression at the request of a powerful state.”

Hours after Microsoft acknowledged the issue, the “tank man” search returned only pictures of tanks elsewhere in the world.

Microsoft said the issue was “due to an accidental human error and we are actively working to resolve this.”

Smaller search engines such as DuckDuckGo that license results from Microsoft faced similar issues around “tank man” searches and said they expected a fix soon.

Rival Google showed many results for the famous image when the “tank man” search was performed on Friday.

A significant percentage of the Microsoft employees who work on Bing are based in China, including some who work on image-recognition software, according to a former employee.

China is known to require search engines operating in its jurisdiction to censor results, but those restrictions are rarely applied elsewhere.