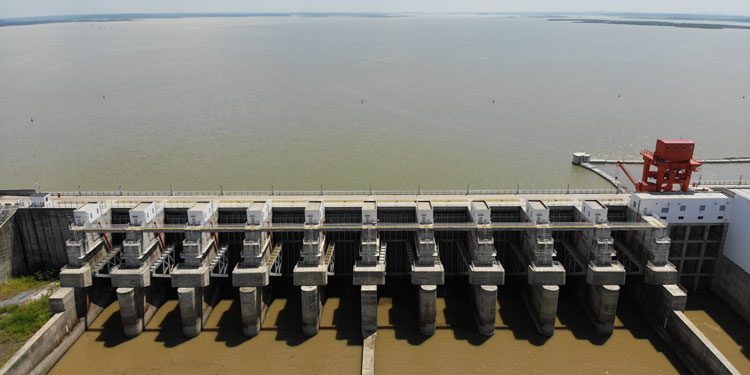 This is the third volume of Hydropower Mitigation Guidelines, and the themes include river hydrology and downstream flows, geomorphology and sediments, water quality, fisheries and aquatic ecology and biodiversity, natural resources and ecosystem services, the statement said.

It mentioned that the guidelines are for hydropower developers, their consultants and relevant government agencies to help them to optimise benefits and mitigate social and environmental impacts from hydropower projects throughout their lifecycle.

An Pich Hatda, MRC chief executive officer said: “The aim of the guidelines is to provide risk management and mitigation guidance for the design and operation of hydropower facilities to support planning and management as well as immediate project development requirements.”

Pich Hatda added that the new guidelines are also an important addition to the MRC’s Preliminary Design Guidance (PDG) – a specific set of requirements to guide project design that developers use for project preparation.

During the planning, feasibility study and design process, hydropower developers can take various steps to optimise benefits and avoid adverse impacts, according to the guidelines.

Cambodia National Mekong Committee (CNMC) secretary-general So Sophort could not be reached for comment yesterday.

The statement added that over the last decade, intensive hydropower development has brought substantial economic benefits to the Mekong countries. That being said, the gains have resulted in trade-offs with other key sectors across economic, environmental and social spheres.

According to the statement, the guidelines developed under the MRC’s former Initiative for Sustainable Hydropower went through numerous rounds of national and regional consultations with hydropower developers, interested stakeholders and MRC Member Countries, including Cambodia, Laos, Thailand and Vietnam.