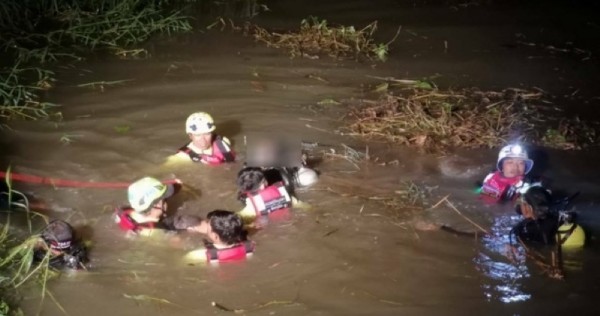 A rescue team on Saturday retrieved the body of a fisherman after his brother raised an alarm over his brother disappearing in a canal in Phitsanulok province.

Noen Maprang Police Station was notified of the situation at 11pm and collaborated with a provincial divers’ association to help pull the body out of the canal.

Supachai had left the scene for a while but when he returned, he did not see his brother. The younger brother then promptly called for help.

A forensic team said that the man had been dead for at least three hours. They believed that he might have become immobilised after falling in the canal due to lack of energy and drowned.