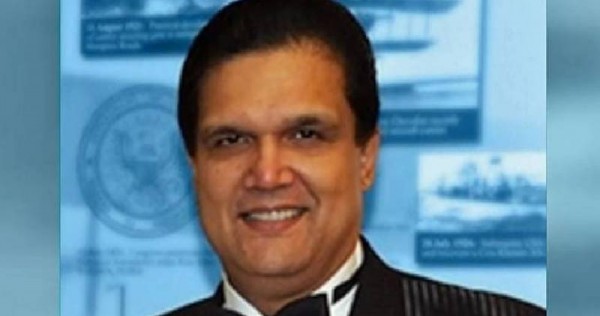 A Malaysian businessman at the centre of a major US Navy bribery scandal has escaped house arrest ahead of his impending sentencing by cutting off his monitoring anklet, the San Diego Union-Tribune reported on Monday (Sept 5).

Leonard Glenn Francis, popularly known as “Fat Leonard,” cut off his GPS anklet some time Sunday morning, and when police went to his home they found it empty, the newspaper reported, citing Supervisory Deputy US Marshal Omar Castillo.

Reuters could not reach marshals to verify his escape.

Local law enforcement and the Naval Criminal Investigative Service are participating in the search, the Union-Tribune said.

“He was planning this out, that’s for sure,” Castillo was quoted as saying. Neighbors reported they had seen moving trucks going into and out of his home in recent days, Castillo said.

Leonard, who had been cooperating with US investigators, was released on a medical furlough and had been under house arrest and was due to be sentenced on Sept. 22, the Union-Tribune said.

In 2015 Leonard pleaded guilty to bribing Navy officials as part of a wide-ranging bribery and fraud scheme involving his Singapore-based company, Glenn Defence Marine Asia, which serviced ships in the Navy’s Pacific Fleet.

The US Justice Department, which called the scheme a colossal fraud that cost the US Navy tens of millions of dollars, brought charges against more than 30 people, many of whom pleaded guilty or were convicted at trial.