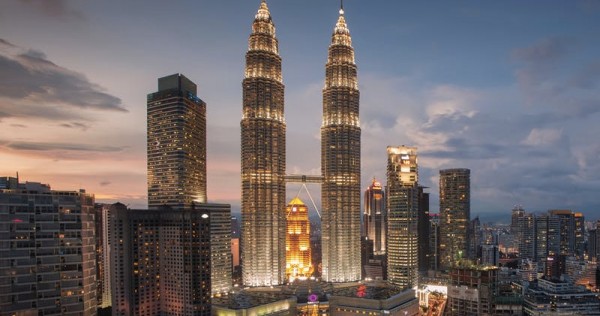 Critics have thrown a fresh round of salvoes at Malaysian Prime Minister Ismail Sabri Yaakob’s administration, which they claim has not done enough to contain inflation after the central bank announced its third straight hike to its key policy rate earlier this week.

The hike raises the key rate to 2.5 per cent, sticking to the central bank’s path of policy normalisation after over two years of low rates to help cushion the blow from the twin economic and health crises caused by the Covid-19 pandemic.

But the opposition say that the latest hike to the policy rate was also aimed at helping keep a lid on elevated inflation – an indication that the government has failed to rein in upwards pressure on living costs and food prices.

Lim Guan Eng, the chairman of the Democratic Action Party (DAP), said the decision to raise the OPR could end up slowing the pace of economic growth and pandemic recovery, besides increasing borrowing costs for individuals and businesses.

Food prices drove inflation up by 4.4 per cent year on year in July, according to government data, higher than the 3.4 per cent annual rise in June despite attempts by a ‘Jihad on Inflation’ special cabinet committee to keep costs down.

“Since BNM is now relying on the monetary tool of raising interest rate to fight inflation there is no need nor necessity to retain a ‘Jihad on Inflation’ special cabinet committee,” Lim said in a statement on Friday.

The prime minister said the government has also set aside 80 million ringgit to mobilise a sales programme that will run over four months ending December, offering essential goods at discounts of up to 20 per cent of the market price.

The sustained inflation, however, has caused a sizeable dent on public coffers.

Finance Minister Tengku Zafrul Abdul Aziz has said that the government expects its spending on subsidies – which cover everything from pump prices to chicken – to hit a record of nearly 80 billion ringgit this year, more than double the amount set aside under the 2022 budget.

Before BNM’s rate hike, the DAP’s Lim in an earlier statement warned that raising the OPR would “adversely affect the people’s socio-economic well-being, the domestic investment climate and the country’s post-pandemic growth amid pressure from rising prices”, adding that the previous rate hike in July did not stop the spike in inflation that month.

A leader from Ismail Sabri’s Umno party had also urged the central bank against raising its key rate, stressing that household debt is already high and increasing interest rates will only add to their burden.

In its statement on Thursday, BNM raised concerns of aggressive monetary tightening and rising volatility in global financial markets having a negative effect on emerging markets, and that weakening global growth will weigh on Malaysia’s economic growth going forward.

However, the central bank said its key rate remains accommodative and supportive of growth, while stressing that its monetary policy committee (MPC) “is not on any preset course” and will decide on future adjustments based on its assessment of evolving conditions and their implications on domestic inflation and growth.

This could indicate that BNM may take its finger off the trigger when its MPC convenes for its final meeting of the year in November, according to Barclays Research.

“Given the rising global headwinds, we see the balance of risks being towards BNM holding fire at the November MPC meeting, but still having room to hike once more in Q1 2023, if growth continues to hold up well in Malaysia,” Barclays said in a research note.

Queen Elizabeth’s moments in Asia: From dinner with Lee Kuan Yew to being ‘chased’ in Malaysia