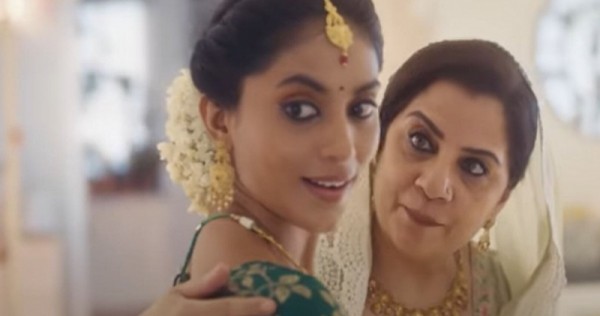 One of India ’s largest jewellery store chains has come under fire after posting an advert online that portrayed an interfaith couple’s baby shower.

The advert by Tanishq, titled Ekatvam (unity), features a Hindu-Muslim couple in what is supposed to be a tender testament to universal love. In it, a pregnant Hindu woman is escorted to her baby shower by an older Muslim woman she calls Ma (mother).

At the end of the video, the young woman asks the older woman, who is apparently her mother-in-law, “But this [baby shower] tradition isn’t held at your home?” The mother-in-law, whose head is covered with a scarf, replies, “Isn’t it a tradition for every home to keep [their] daughters happy?”

Not everyone who watched the advert was happy, however. Right-wing trolls flocked to it in their droves to denounce its “fake secularism”, with some saying they felt it “promoted love jihad” – a term frequently used by Hindu nationalists to allege a conspiracy in which Muslim men marry women from other religions solely to convert them to Islam.

Since Prime Minister Narendra Modi and his Bharatiya Janata Party first came to power in 2014, India has become increasingly Hindu-nationalist.

ALSO READ: These ads are so bad, they’re attracting the wrong kind of attention

Religious intolerance has grown , with Hindu mobs lynching dozens of Muslims and lower-caste Dalits for consuming or slaughtering cows, which Hindus consider sacred.

The BJP and its parent organisation, the Rashtriya Swayamsevak Sangh, explicitly want India to become a Hindu rashtra or Hindu nation-state, despite Muslims and people of other faiths account for some 240 million, or one-fifth, of the populace.

The hashtag #BoycottTanishq started trending on Indian Twitter on Monday. By Tuesday, as news broke that the Tata-owned jewellery company would be pulling its ad, commenters had gone so far as to compare the advert’s message to the attack by Islamic extremists on the Paris offices of satirical magazine Charlie Hebdo.

One poster accused Tanishq of “targeting” Hindus on account of it being “antinationalist”, while another, in response to a tweet asking if the level of outrage would have been the same if the religions portrayed in the advert were reversed, said, “I don’t know ma’am. We could have asked the folks at Charlie Hebdo, but they’re dead.”

Several prominent Indian journalists and politicians have voiced their support for Tanishq and called out the abuse that the jewellery chain has received. Shashi Tharoor, an MP for the opposition Congress party, said on Twitter that “Hindutva bigots” calling for a boycott of Tanishq on the basis of the ad should “boycott the longest surviving symbol of Hindu-Muslim unity in the world – India”.

Hindu-Muslim marriages are infrequent in India owing to rigid religious values, and the fact that up to 90 per cent of unions in the country are “arranged” within the bride and groom’s own community.

So-called honour killings – in which people kill their own relatives owing to the belief that they have brought dishonour to the family – are also a problem, with 251 cases registered in 2015, an 800 per cent increase on the year before.

This is not the first time Tanishq has confronted divisive issues in its advertising. In 2016, it was lauded for breaking stereotypes on working women, and in 2013, on women getting remarried – still considered a taboo by much of Indian society.

Yet director Prahlad Kakkar, who has worked on notable television commercials himself, said it was “very bold” of the company to put out its latest ad.

“Tanishq has always had a record of being ahead of the social curve. They’ve released ads depicting remarriages and dark-skinned brides [in fair skin-obsessed India],” he said.

“But if [brands] lose public favour, or upset public sentiment, it is especially important to get to the bottom of [why that is].”

Kakkar said it was also important to note that Indian political parties, including the BJP, have been revealed in the past to employ armies of paid posters to do their bidding on social media – making it difficult to uncover true public sentiment.

Nevertheless, hate crimes in India have soared under Modi – one independent crime tracker found a 400 per cent increase between 2014 and 2018 – and Muslims are now openly vilified in the mainstream media.

Following communal Hindu-Muslim riots in New Delhi earlier this year which left more than 30 dead , Muslims have since been blamed for spreading coronavirus – a conspiracy referred to using the term “corona jihad”.

Meanwhile, Hindu nationalist leaders linked to the destruction in 1992 of the historic Babri Masjid mosque in Ayodhya have been acquitted on all charges. Modi laid the foundation stone for a new Hindu temple on the site dedicated to Lord Ram earlier this year.

WHO warns against ‘herd immunity’ theory

Cellcard, mobile operator in Cambodia, kick off a donation drive for flood victims