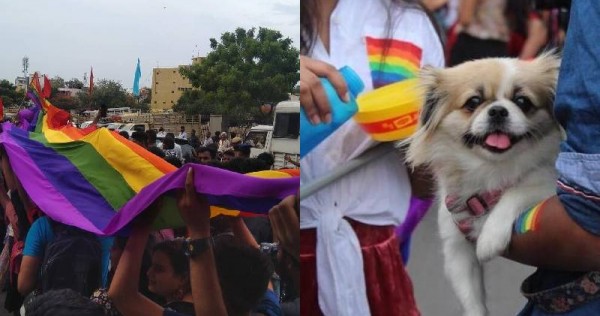 A Muslim lesbian couple in India is still living in fear despite a court last week allowing them to stay together following strong opposition from their parents who did not approve of their relationship in the largely conservative country where homosexuality is generally considered taboo.

Adhila Nassrin, 22, and Fathima Noora, 23, who are currently in a safe location in the southern state of Kerala, said their parents had emotionally blackmailed them by phone and some relatives even issued death threats.

The two women added that they want to start working and move on with their lives after the trauma they have been through since May 24 when Noora was abducted by her relatives and forced into conversion therapy – an unscientific technique to make gay people change their sexual orientation.

“We are feeling happy over the court verdict but we aren’t feeling free … inside the court, our families told the judge they would accept our relationship. But afterwards, they started calling and threatening us. It is going to be very tough for us,” Nassrin told local media.

Nassrin and Noora got into a relationship after their families moved to Saudi Arabia, where they studied at the same secondary school for a few years. When they returned to Kozhikode in Kerala, they wanted to live together but their conservative parents were against it.

Homosexuality is not a crime in India and same-sex couples can live together. The law, however, does not allow them to marry.

Though it fares much better than other states on education, income and prosperity, Kerala society remains fiercely patriarchal where most women are still forced into homebound life.

Nassrin said she received death threats from her relatives while Noora resisted her family’s move to send her back to Saudi Arabia to marry her off against her will.

Angered by their determination to be together, Noora was allegedly abducted by her relatives on May 24 and taken to a “counsellor” for a week to make her heterosexual.

A week later, Nassrin filed a habeas corpus petition to produce her partner in the High Court and a judge told their parents that the women were free to live together.

But the couple’s struggles are far from over despite the legal respite.

Gargi Harithakan, secretary of the Vanaja Collective that helps LGBTQ people and supported the women, said Nassrin and Noora also faced the wrath of their families when they were in the office to seek legal advice.

“A crowd of over 20 relatives converged on our office demanding that we hand them over,” Harithakan said. “It was very tense for us, but they were not so shocked as they have been experiencing the families’ opposition for so long.”

Activists said if the couple had pressed ahead with their marriage plans, relatives would not have hesitated to kill them for bringing “shame” to the reputation of their families.

Rights groups say hundreds of women and girls are murdered in India each year by family members angered at perceived damage to their “honour”.

Nassrin and Noora, wearing face masks, thanked the court for the verdict and the LGBTQ community for its support during a presser on Wednesday (June 1).

Nassrin added they were feeling “emotionally drained”. On Thursday, Noora was admitted to hospital after suffering from high blood pressure.

100 days of war in Ukraine timeline