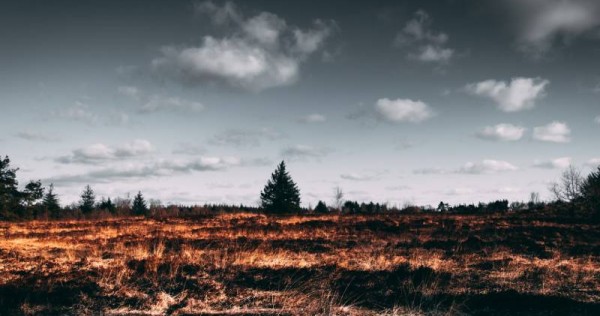 LONDON — Decades of deforestation, mining and industrial pollution have taken a toll on the planet, leaving as much as 40 per cent of its land degraded and putting economies at risk, a UN report says.

Nearly half of the world’s land area is now taken up by agriculture, which has seen swathes of forest cleared for livestock rangeland and crop fields.

If trends continue, another 11 per cent of the world’s land surface — about the size of South America — could be degraded by 2050, the UN Convention to Combat Desertification (UNCCD) said on Wednesday (April 27) in its global land outlook.

The world is demanding more food to feed a growing population, while efforts to fight climate change involve leaving forests intact and expanding land-based projects such as solar panel arrays and wind farms.

“These are competing demands,” said Barron Orr, chief scientist of the UNCCD. “There’s not a lot (of land) left to work with.”

Humans have converted more than 70 per cent of Earth’s ice-free land area in their quest for food and natural resources, including everything from sand to fossil fuels.

At its 15th conference, to be held next month in Abidjan, the UNCCD will warn policymakers that land degradation is putting some businesses and industries at risk.

Roughly half of the global economy, or about US$44 trillion (S$61 trillion) a year, relies on land cultivation or resource extraction.

Countries have pledged to restore 10 million square km by 2030, or about China’s size, but are falling short of mobilising the US$1.6 trillion or so needed for the task, the report says.

Redirecting the US$700 billion given in annual agriculture and fossil fuel subsidies worldwide to restoring land could help, it says.

Thiaw said the private sector, responsible for most food production, should reduce agrochemical use and invest more in boosting nature.

Such projects could include restoring soil health, protecting wildlife and improving water availability through storing rainwater or using drip irrigation, the report says. It also recommends putting land conservation into the hands of indigenous and other local communities.

Such efforts altogether could yield up to US$140 trillion annually in economic returns, or 50 per cent more than the current GDP.

Some countries have managed to make progress. Argentina is rewilding its Ibera wetlands. Brazil, Mexico and the United States are working to help communities cope with drought. Iraq, China and Kuwait are tackling dust storms.

But other projects have struggled. Africa’s Great Green Wall, launched in 2007 to restore an 8,000-km strip of land across the width of the continent by 2030, has so far restored only four per cent of the target area, the report says.