JS Land hopes to raise $3.8 million after listed in Cambodia Stock Exchange to fund their condominium project in Phnom Penh 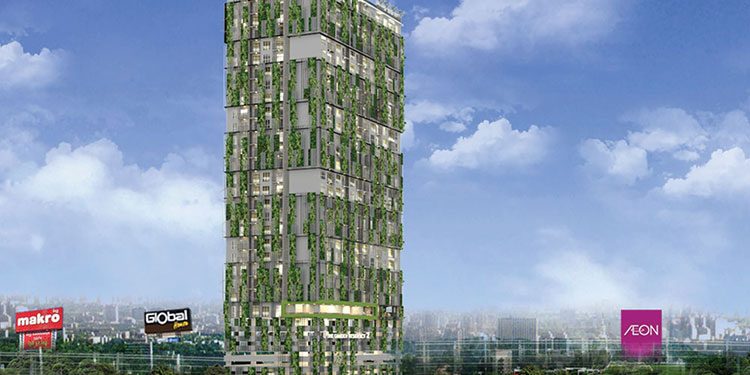 JS Land (JSL) is hoping to raise as much as $3.8 million dollars in its planned listing on the Cambodia Securities Exchange (CSX).

The CSX granted approval in principle last July for a listing eligibility review and JS Land got the green light from the Non-Banking Financial Service Authority on Monday.

JS Land has been asked to meet the requirements of the Securities and Exchange Regulator of Cambodia before proceeding with the initial public offering (IPO). The $3.8 million it hopes to raise is based on an indicative IPO price of $0.467 per share.

JSL plans to use the proceeds to fund the construction of Garden Residency 2 (GR2), which it is building in Phnom Penh’s Sen Sok district, and also to fund its working capital needs.

JSL finished work on the first Garden Residency condominium in 2019. GR1 is also in Sen Sok and the company was won an ASEAN Masterclass in Property Development Excellence for its plans to revitalise the district.

Both projects are classed as ‘affordable condominiums’.

“Despite Covid-19 being a new norm for us to handle, GR2 sales have proven resilient as 63 percent or 214 out of the total 339 units were sold out by August 2021. We strongly believe that the public interest in GR2 will overshadow GR1 as demands continue to rise for the lifestyle of affordable housing.”

Valued at $28 million, GR2 was launched in November 2020 and is scheduled to be completed in December 2023. JSL is also planning to launch GR3 next year.

RHB Securities Cambodia is JSL’s principal advisor and underwriter for the IPO.

“JSL will become the first developer to list on the CSX and this will provide the public with an opportunity to invest in the growing residential property sector, particularly the affordable condominium segment, which has started to gain popularity among the Cambodian public in recent years,” said RHB Securities CEO Iv Ranarith. “JSL’s IPO marks another milestone for the Cambodian capital market and I personally believe this IPO is paving the way for more esteemed developers to list on the CSX” he said.

There are only seven companies listed on the CSX main board and its growth board saw its first listing this year with DBD Engineering’s IPO in September.