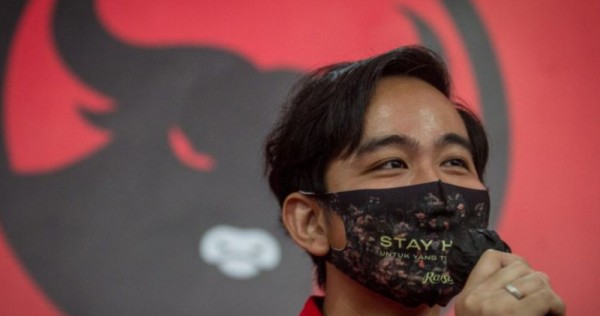 SURAKARTA, INDONESIA – Running against an obscure rival, the son of Indonesian President Joko Widodo is expected to cruise to victory in an election next month for the post his father once held as mayor of Surakarta.

The political aspirations of his eldest son, Mr Gibran Rakabuming Raka, have raised suspicions that the president, widely referred to as Jokowi, is forming a new dynasty to elbow its way in among Indonesia’s old elites.

Unrelated to the powerful families that have dominated government, business and the military in South-east Asia’s largest nation, Mr Joko was regarded as an outsider when he was elected in 2014.

During six years in power, Mr Joko has prioritised infrastructure and development projects, but some Suharto era cronies remain powerful more than two decades on from Indonesia’s democratic reform.

Mr Joko rejects the notion that his son’s entry into politics shows a new dynasty is about to join the club.

“Everyone in Indonesia has political rights. I never directed my children,” Mr Joko told Reuters last week. “It’s a competition. You can win or you can lose.”

Mr Gibran is among a host of political newcomers with influential relatives in the world’s third-biggest democracy, and analysts say Indonesia’s politics is increasingly becoming a family affair.

Compared to regional elections in 2015 when there were 52 ‘dynastic’ candidates, this year there are 146, according to research by Mr Yoes Kenawas, a PhD candidate in political science at Northwestern University in Illinois.

Among them are not only the president’s son, but his son-in-law, the vice-president’s daughter, and the defence minister’s niece. In one constituency on the outskirts of the capital Jakarta three candidates are dynastic.

Indonesian politics has long been dominated by kingmakers in Java, the most populated island on the planet, and home to the capital of the world’s most populous Muslim-majority nation.

But in the president’s Javanese hometown of Surakarta, a city better known as Solo, some 500km from Jakarta, Mr Gibran’s candidacy has generated its own special controversy.

Mr Halim HD, a 69-year-old, panama hat wearing activist, has long been a thorn in the side of well-connected politicians.

Two years ago when a relation of the then vice-president ran unopposed in an election in Sulawesi, Mr Halim started an ’empty box’ campaign – a push to vote for the blank box that appears on ballot papers in uncontested polls.

This year when it appeared the president’s son, backed by a coalition of 9 political parties, also had no opponent, Mr Halim revived the campaign.

“In the context of modern politics,” he said, “These empty boxes are a sign something is wrong.” Ultimately, just hours before registration closed on Sept 6, a rival candidate did emerge.

Mr Bagyo Wahyono, a 59-year-old tailor, had given provisional notification last year of his intention to run, the local elections commission said, but the late confirmation of his candidacy still surprised many people.

Mr Sugeng Riyanto, deputy speaker at the Solo Parliament, said that he believed based on information he had received that there had been a push not to have an empty box in fear of the optics, especially if it went on to receive many votes.

“That would be tremendously embarrassing, not only for Gibran but also the president,” said Mr Sugeng, a member of the only political party not supporting Mr Joko’s son.

He said he believed Mr Bagyo’s candidacy, was “about avoiding that scenario”. Mr Bagyo denied that. Neither Mr Gibran’s campaign nor the presidency responded to requests for comment on the accusation.

Describing himself as an anti-establishment candidate, Mr Bagyo is backed by a little-known social organisation called Tikus Pithi Hanata Baris.

“I ran because of my capacity to break the establishment, (to show) anyone can choose and be chosen,” Mr Bagyo told Reuters.

Even for an independent, some observers find Mr Bagyo’s candidacy odd as he lacks strong social or political capital with any mass organisation or political network.

“This candidate in Solo, he seems to have come from nowhere,” said Mr Wawan Mas’udi, political scientist from Gadjah Mada University.

To qualify as an independent Mr Bagyo was required to collect almost 36,000 signatures.

A spokesperson for Mr Bagyo’s campaign team, Mr Budi Yuwono, said they first started collecting IDs door to door at the start of 2019. The team avoided social media initially, he said, because they were worried that political parties could try to obstruct their campaign.

It also seemed to have avoided attention. Few people Reuters spoke to in Solo said they had heard of Mr Bagyo until September, when he registered his candidacy, launched a campaign website and activated social media pages.

Reuters spoke to people on the list of signatories who denied backing Mr Bagyo’s bid.

Paralegal Tresno Subagyo, for example, was among those surprised to find an election official at his door checking that he had signed up.

“I never gave my support to Bagyo,” he said, “Nor handed over my ID.”

Mr Johan Syafaat Mahanani, from a community election monitoring group, said there were dozens of such cases.

“They were just normal people, afraid to report it to authorities,” he said.

Another resident told Reuters two people had visited his home and taken a photo of his ID, only to explain why afterwards.

“They came merely to make sure Bagyo could run,” he said, adding that at least seven neighbours had similar encounters.

Mr Gibran’s campaign team did not respond to questions about the authenticity of Mr Bagyo’s support.

Mr Bagyo’s campaign team said it was possible there could have been “one or two” mistakes in the collection of signatures, but not amounting to thousands.

A separate elections supervisory body later said it investigated a report about fraudulent use of IDs, and found no irregularities.

Solo parliamentary deputy speaker Sugeng Riyanto said he believed what had happened was “a stain on democracy”.

When Mr Gibran registered his candidacy, riding a vintage bicycle to the elections commission, he conjured up an image of his father, who did the same when he lodged his bid for the presidency.

Confronted by accusations he is perpetuating Indonesia’s dynastic politics, Mr Gibran told Reuters he “welcomed all criticism”, and believed he could create positive change in more people’s lives as a mayor than as an entrepreneur.

A Kompas poll this August, showed nearly 61 per cent of respondents did not like dynastic politics, but in Solo, a city famous for its ageing palace and traditional batik, voters were pragmatic.

“There has been political dynasties for generations,” shrugged Mr Hartanto, a 42-year-old pedi-cab driver, “What’s important is they know their people.”

Thai PM says all laws to be used against protesters

Cambodia, EU trade and investment talk set for next week